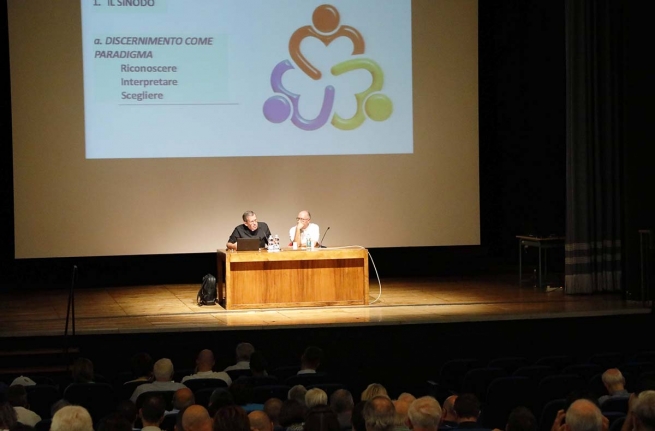 (ANS - Turin) - On 30 and 31 August the new Educational-Pastoral year of the Special Circumscription of Piedmont and Valle d'Aosta (ICP) officially began with the Councils of the Educational-Pastoral Communities (CEP). Fr Fabio Attard animated the work of the two days.

- The Synod on Youth, on which Fr Attard said that "first of all, it offers us a paradigm, that of discernment, which in some way is already intrinsically present in our way of fulfilling the Salesian mission."
- The history of the CEP from the synodal point of view, reflecting on the words of Fr Juan Edmundo Vecchi, VIII Successor of Don Bosco;
- The current call of the CEP and the expectations of young people, starting from the main difficulties that can arise - tiredness, resistance and fear - and “having the courage not only to recognize the difficulties we must face, but also to have the audacity, enthusiasm and humility to listen to what young people are communicating to us today.”;
- The road that opens up to the CEPs focusing on 3 essential points: a spiritual conversion, a pastoral conversion and a missionary conversion.

Another aspect addressed by Fr Attard in his speech concerned the topic of listening and the accompaniment of young people "catching the invisible inside the visible."

The morning of Saturday 31st opened with the Lectio Divina by Fr Michele Molinar, the new ICP Vicar, which focused on the parable of the talents. Following this was the speech by Fr Attard on "The questions and challenges of young people to the Church and to the consecrated life", during which the General Councilor said: "I believe that one of the beautiful things I have begun to realize this last year is that the journey, when done generously, is capable of creating communion. A journey that starts from what is our call from the Lord, but that is also done through this great love that we Salesians have towards our father and teacher Don Bosco. And it is an impressive thing that knows no boundaries and cultures, but is transversal."