Italy - Communication is mission and mission is communication
Featured 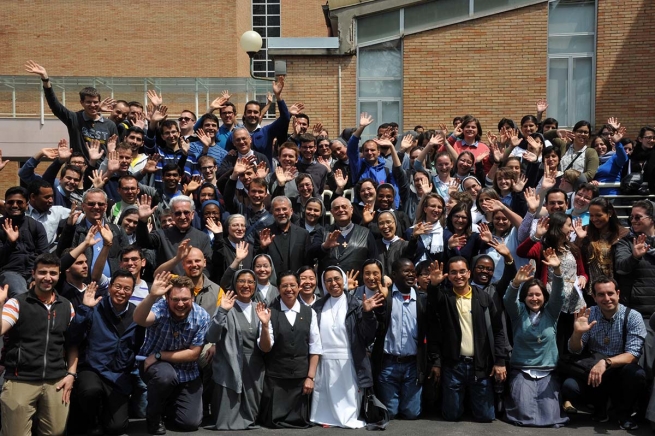 (ANS - Rome) - Being alert and conscious communicators, knowing that presence on the Internet is one of the signs of the times to be accepted and used as a gift of God - this was the central theme of the 2016 Salesian Communication Days. This is now the fifth year of this initiative which took place in Rome at the Salesian Pontifical University on 29 and 30 April. Over 160 members of the Salesian Family in formation took part to study the Pope’s message for the 50th World Social Communications Day.

The work of the two days was introduced and inspired by the guest speakers:  Fr Giulio Albanese, a Comboni missionary and journalist, founder of the "Missionary Service News Agency" and now Director of “Popoli e Missione” and “Il ponte d’oro”; and Rita Marchetti, Professor of Theories and Techniques of Digital Media at the University of Perugia.

Fr Albanese invited those present to be alert and aware communicators: "despite the power and the strength of information we know almost nothing of the global village. The information reaching us is controlled by a self-interested mainstream, not always respectful of the reality and diversity. Being a journalist who is open to the social networks I discovered how true it is that communication is mission and mission is communication."

He focused on communication-mission from a theological point of view: "Jesus is the Word of God who fulfils what he proclaims (dabàr). He is the good news of God for us. We are called to proclaim and communicate this truth."

Prof. Marchetti then showed how the Church is a reality fully newsworthy. The advent of social networks has given the Church the opportunity to increase its communicators. There are thousands of them, young people but also older people, who make use of the network. A necessary condition, however, is a healthy and correct “web reputation”, built on the values ​​of the Gospel.

The theme "Communication and Mercy" was then studied from different perspectives in parallel sessions: among the refugees in Greece; in the suburbs of Rome; among refugees welcomed in Rome; among prisoners; and among the victims of trafficking.

The second day was devoted mainly to media analysis in workshops. This helped the participants to understand how the traditional media, theatre, art and human communication can communicate mercy.

Fr Filiberto Gonzalez, Councillor General for Social Communication concluded procedings with an invitation to the young people in formation in the Salesian Family to be wise educators and bold apostles of the young, as Don Bosco was.