Italy - Another story. Which Don Bosco in the Letters?
Featured 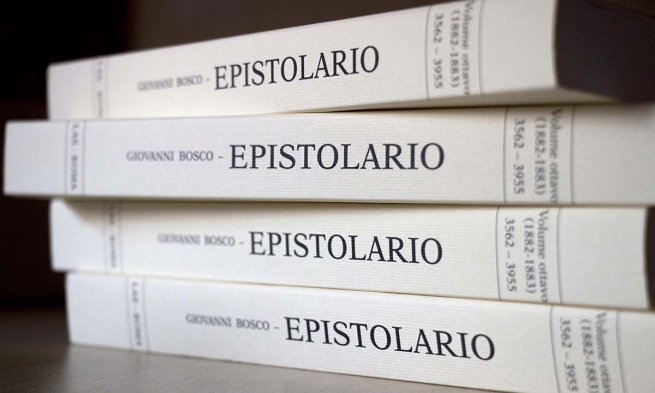 (ANS - Rome) – At UPS on Monday, 25 November, the Salesian Historical Institute (Istituto Storico Salesiano), the Institute of Pedagogy of the Faculty of Educational Sciences of the Salesian Pontifical University (UPS) and the Don Bosco Study Center organized a study seminar on the occasion of the presentation of two Epistles on Don Bosco, curated by Fr Francesco Motto and Wim Provoost.

The two volumes concerned are:

After the greeting of prof. Fr Thomas Anchukandam, ISS Director, and of prof. Fr Michal Vojtáš, Director of the Don Bosco Study Center, several experts in Salesian themes highlighted the importance and historiographical validity of this particular scientific production.

The first speaker, prof. Fr Giovenale Dotta, murialdine, discussed the "European political-ecclesiastical context (Italy, France and Belgium) and the action of Don Bosco". These were the times when the ecclesiastical status, and not only in these countries, had to face and sometimes experience a harsh battle with the new political, social and cultural currents.

The second speaker, prof. Fr Motto, spoke of the "Correspondence of the eighth volume of the Epistolario", highlighting the novelties, casting light on Don Bosco from a perspective still not sufficiently appreciated by historiography. Data, the speaker illustrated, that perhaps more profoundly reveal or uncover more than what is already known, his mind and his heart, in an attempt to form "good citizens and upright Christians" among the young people most at risk in society.

The third speaker, prof. Fr Wim Collin, presented "The Belgian correspondence with Don Bosco" to illustrate the state and relevance of the Salesian educational proposal for the extremely troubled times in which the country found itself, crossed by liberal and socialist currents.

To conclude was prof. Aldo Giraudo who discussed "The historiographical value of the letters", highlighting the vast historical context of the value of letters and correspondence since the historical periods of Egyptian, Babylonian, Greek, Roman antiquity and of the times after Jesus Christ ... he underlined the contribution of the two letters in question for the knowledge of the mens of Don Bosco and the relevance of his work.