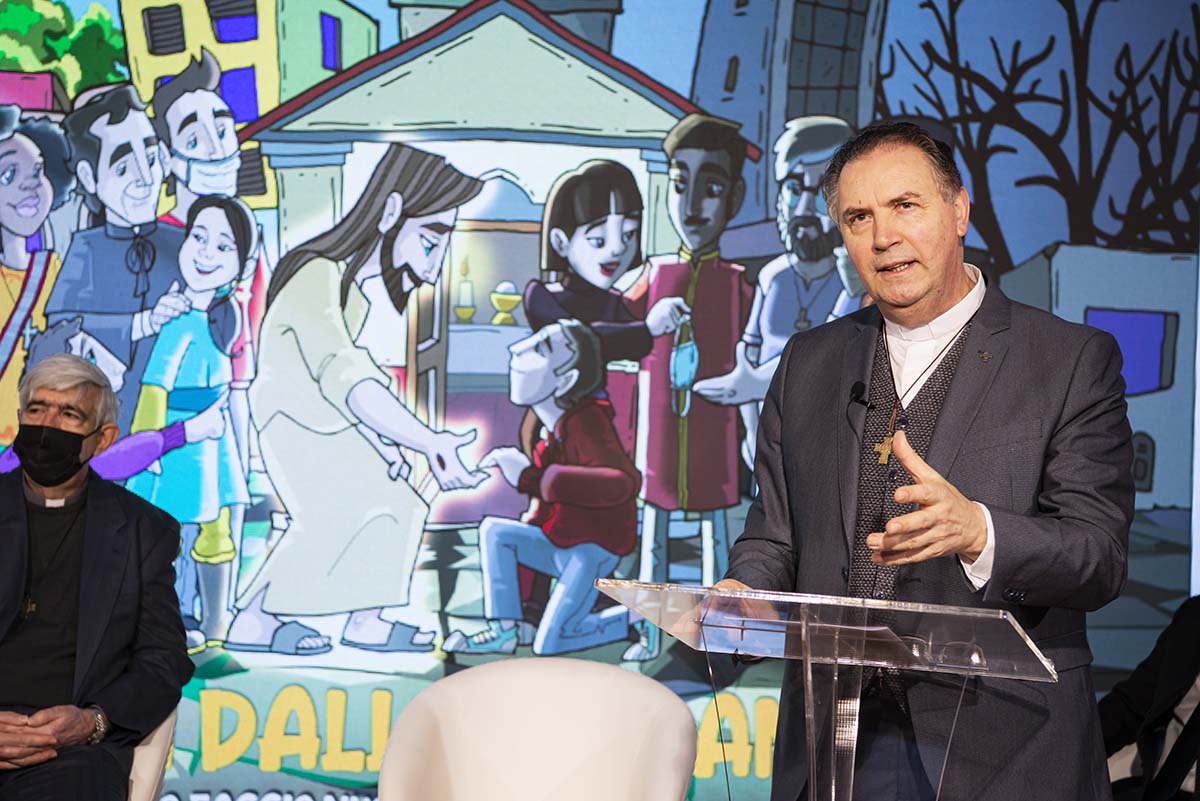 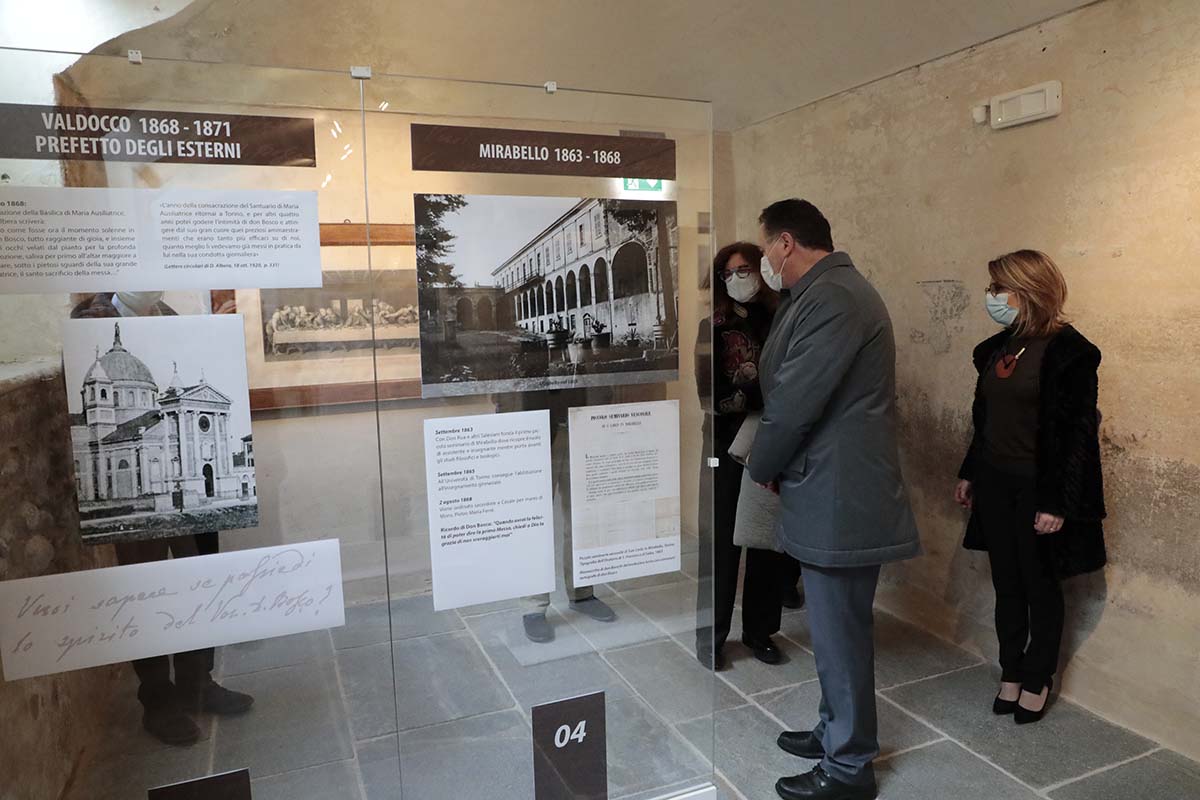 02 - Turin, Italy - January 2021 - On January 30, the Rector Major, Fr Ángel Fernández Artime, presided over the official presentation, at the "Casa Don Bosco House Museum", of the exhibition entitled "Il Mondo negli Occhi", dedicated to the Second Successor of Don Bosco at the head of the Salesian Congregation, Fr Paolo Albera.
03 - Rome, Italy - January 2021 - On 31 January, on the occasion of the feast day of Don Bosco, the Rector Major, Fr Ángel Fernández Artime, presided at Mass in the Basilica of the Sacred Heart, broadcast live by the Italian Radio and Television station: RaiUno. (Photo: SYM Central Italy) 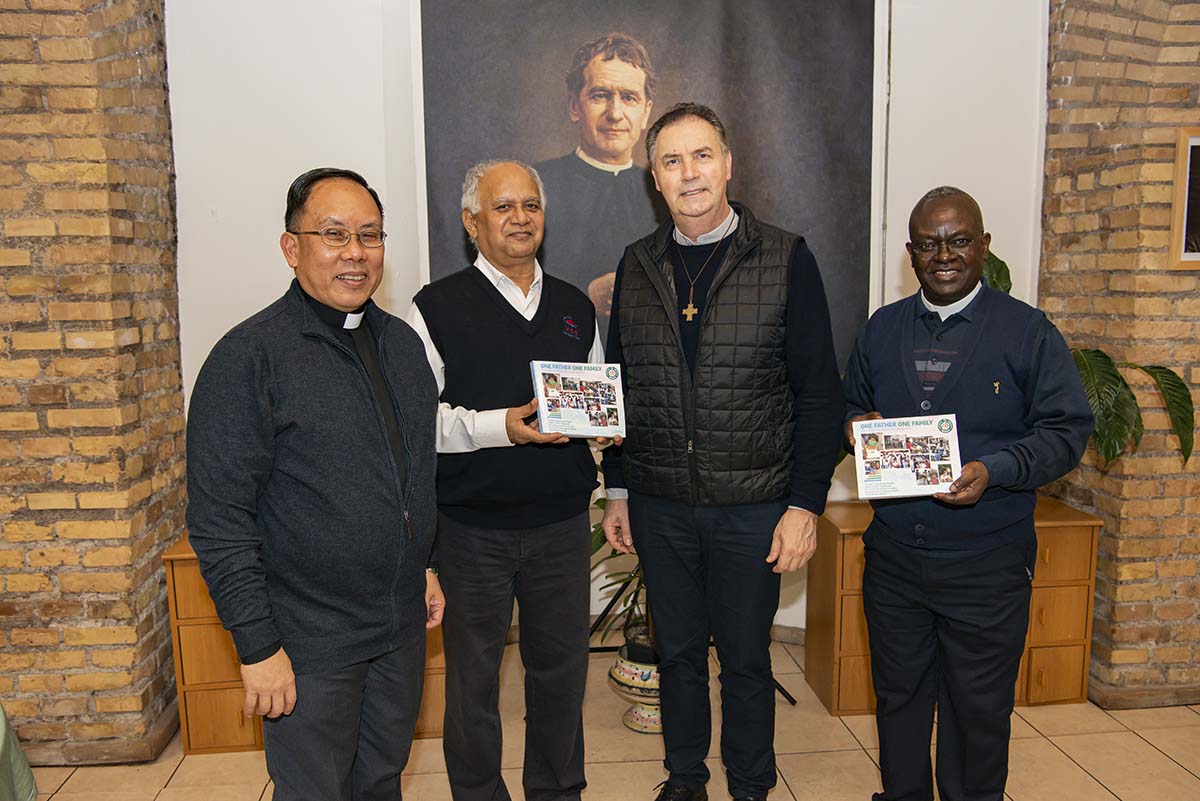 04 - Rome, RMG - January 2021 - On 31 January, the feast day of Don Bosco, the book “A father, a family”, published by the Rector Major, Fr Ángel Fernández Artime, was officially released. The work collects photographs and texts that tell the great work done by the Salesian Family around the world in response to the coronavirus pandemic. 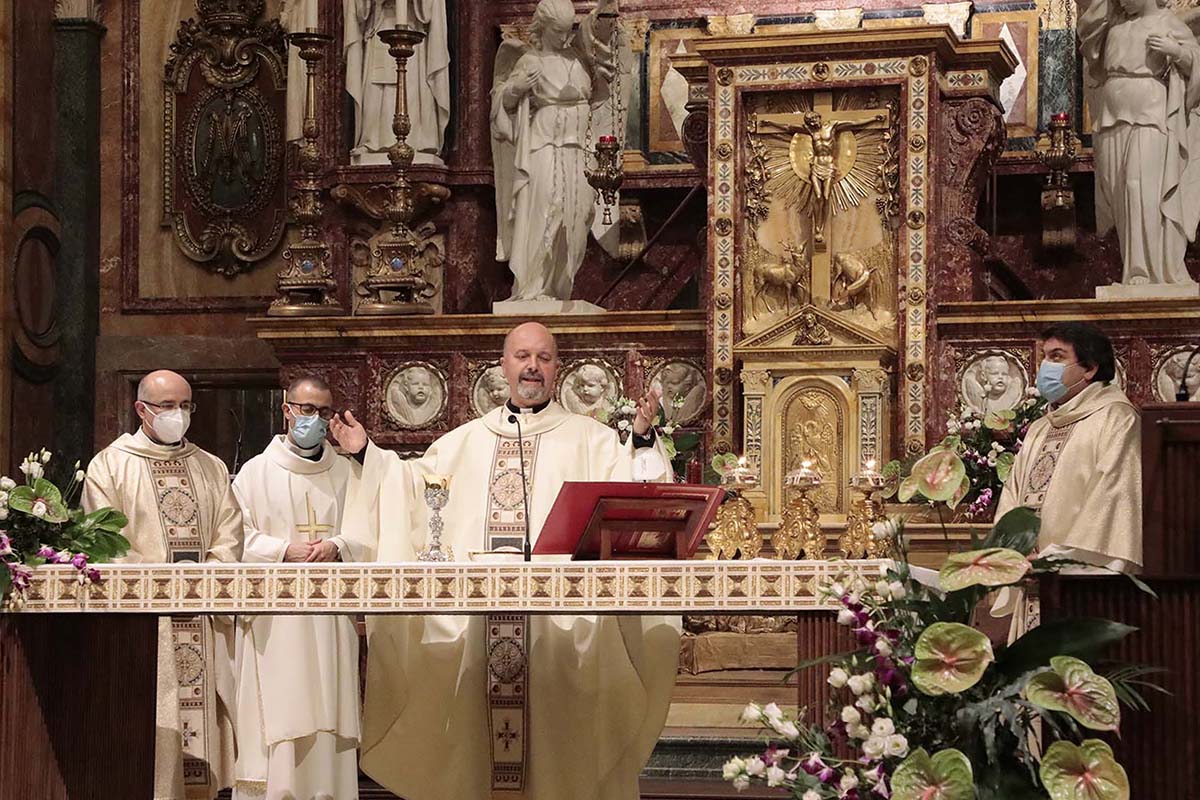 05 - Turin, Italy - January 2021 - On January 31, at the Basilica of Mary Help of Christians in Turin-Valdocco, the celebrations in honor of the "Saint of Youth" were held throughout the day. In particular, the Vicar of the Rector Major, Fr Stefano Martoglio, presided over the traditional Mass dedicated to the Salesian Youth Movement.

06 - Palabek, Uganda - January 2021 - The Salesian Mission Office of Madrid, "Misiones Salesianas", has allocated funds to the Salesian Vice Province of Africa Great Lakes (AGL) for the purchase of a bus to be given to young students of the Vocational Training Center “Don Bosco” inside the Palabek refugee camp. 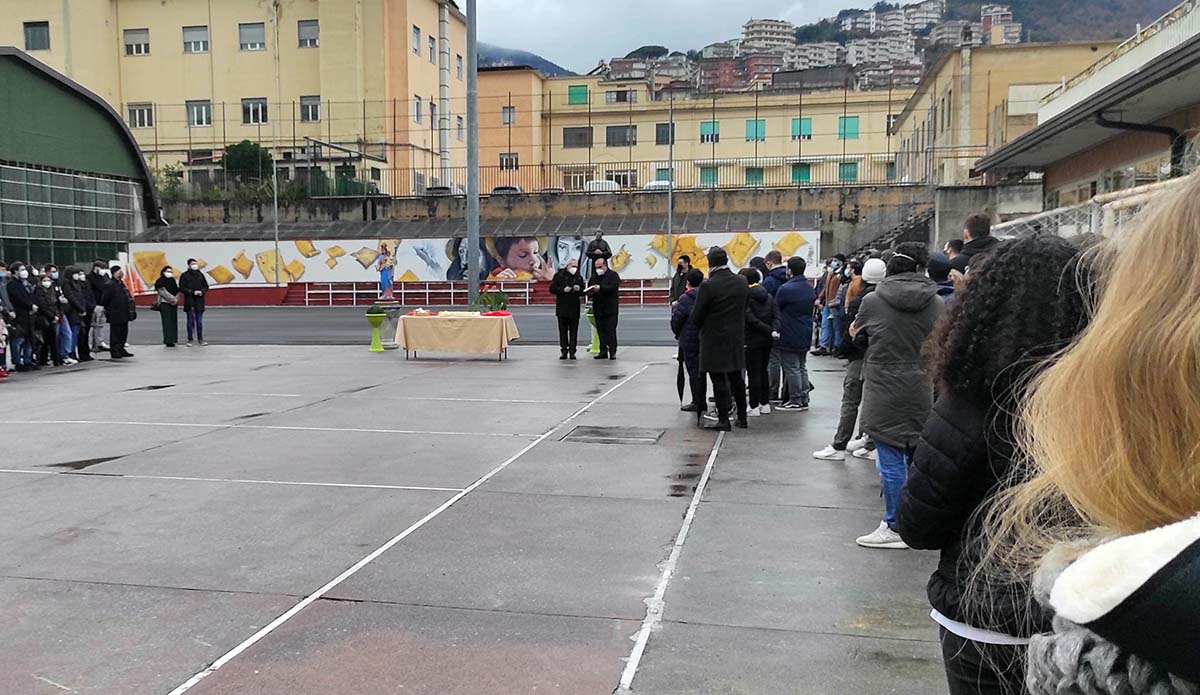 07 - Salerno, Italy - January 2021 - The Councilor for the Mediterranean Region, Fr Juan Carlos Pérez Godoy, began the Extraordinary Visitation in the houses of the Southern Province (IME), presiding with the young people of Salerno at the vigil in preparation for the feast of Don Bosco. On January 31, he presided over the Eucharist and inaugurated and blessed the renewed spaces of the oratory, in the presence of the director, Fr Pasquale Martino. 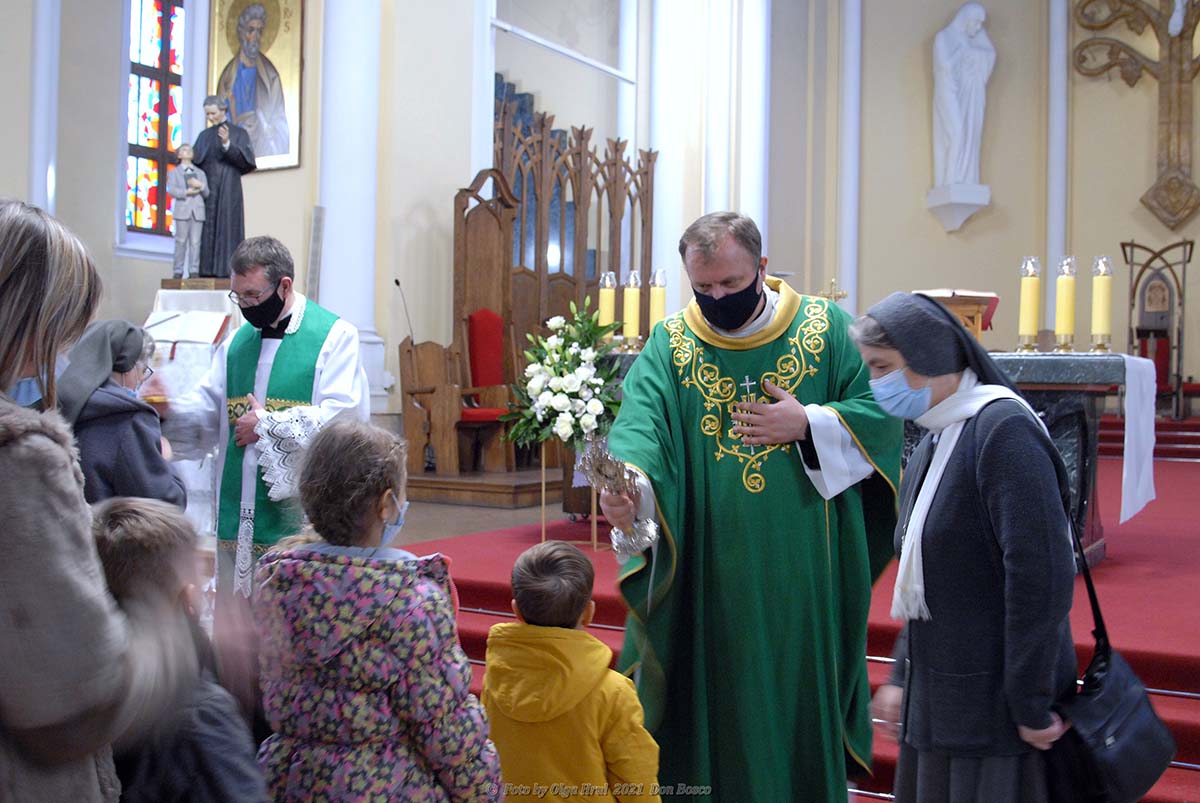 08 - Moscow, Russia - January 2021 - On January 31, the feast day of Don Bosco was celebrated in the Cathedral of the Immaculate Conception of the Blessed Virgin Mary. During the Mass, presided over by the Apostolic Nuncio in Russia, Msgr. Giovanni d'Aniello, the Salesian Cooperators renewed their promises. At the end of the celebration, hundreds of faithful received a blessing with the relics of Don Bosco. (Photo: Olga Hrul)
Tweet