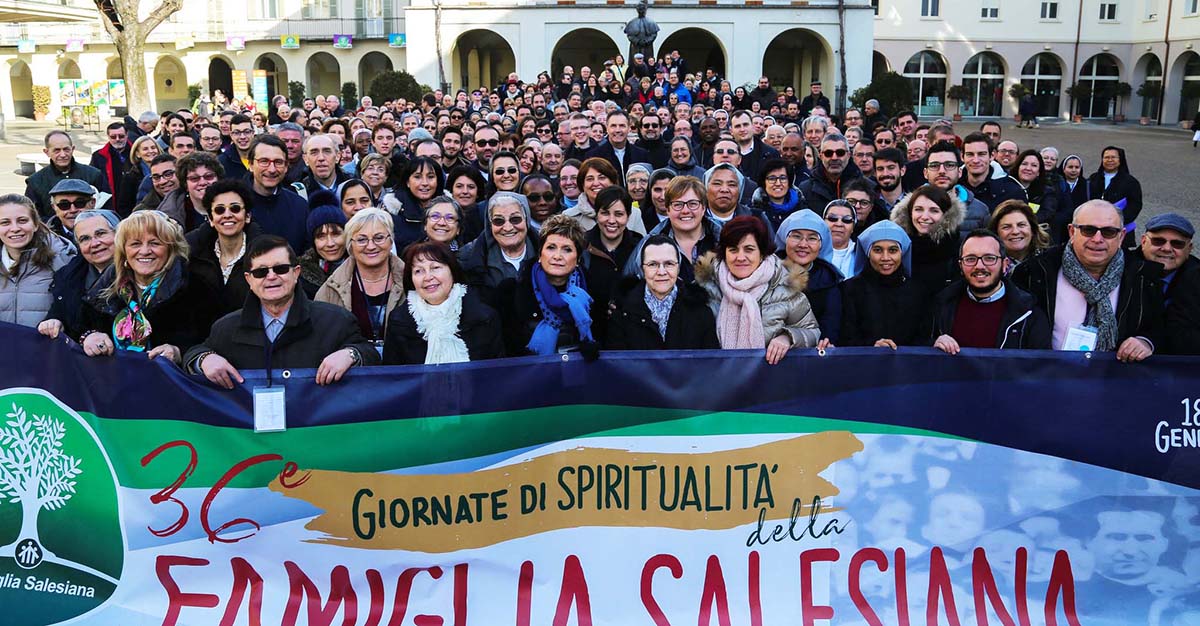 01 - Turin, Italy - January 2018 - From January 18 to 21, the Salesian Family Spirituality Days were held for the first time in Turin with over 400 participants from over 50 nations from around the world.

02 - Lima, Peru - 18 January 2018 - On the first day of the Pope's Apostolic Voyage to Peru, on January 18, the youngsters of the Salesian Family gathered on the road along which the Pope was expected to pass. Along with songs and prayers, the young also prepared the welcome to the Pope by exhibiting a large statue of Mary Help of Christians. 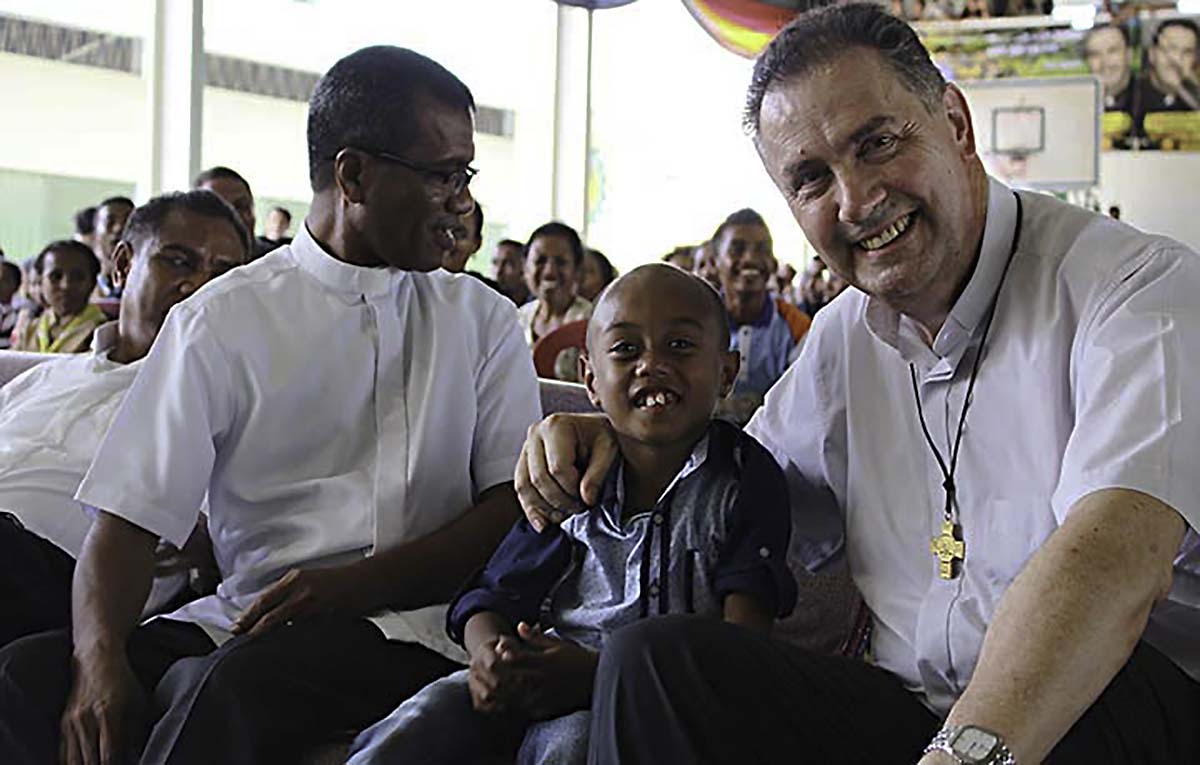 03 - Dili, East Timor - January 2018 - As part of the Animation Visit to the Salesian Vice-Province of Indonesia-East Timor (ITM), Fr. Ángel Fernández Artime, Rector Major, celebrated the feast of Don Bosco with the Salesians and the young people from Dili on January 31. 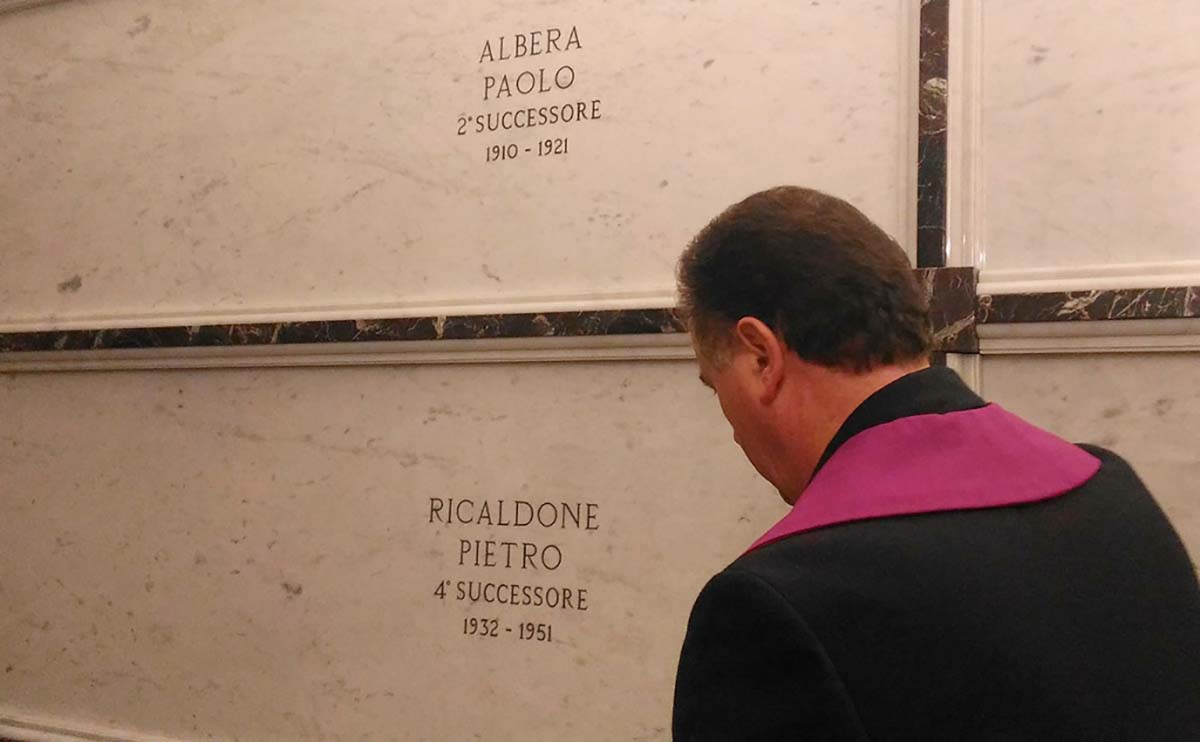 04 - Turin, Italy - January 2018 - The transfer and placement of the mortal remains of the Successors of Don Bosco to the crypt of the Basilica of Mary Help of Christians in Turin has been completed, the move made to promote the memory and prayer for the Rector Majors who have pursued with fidelity and commitment the dream of Don Bosco. 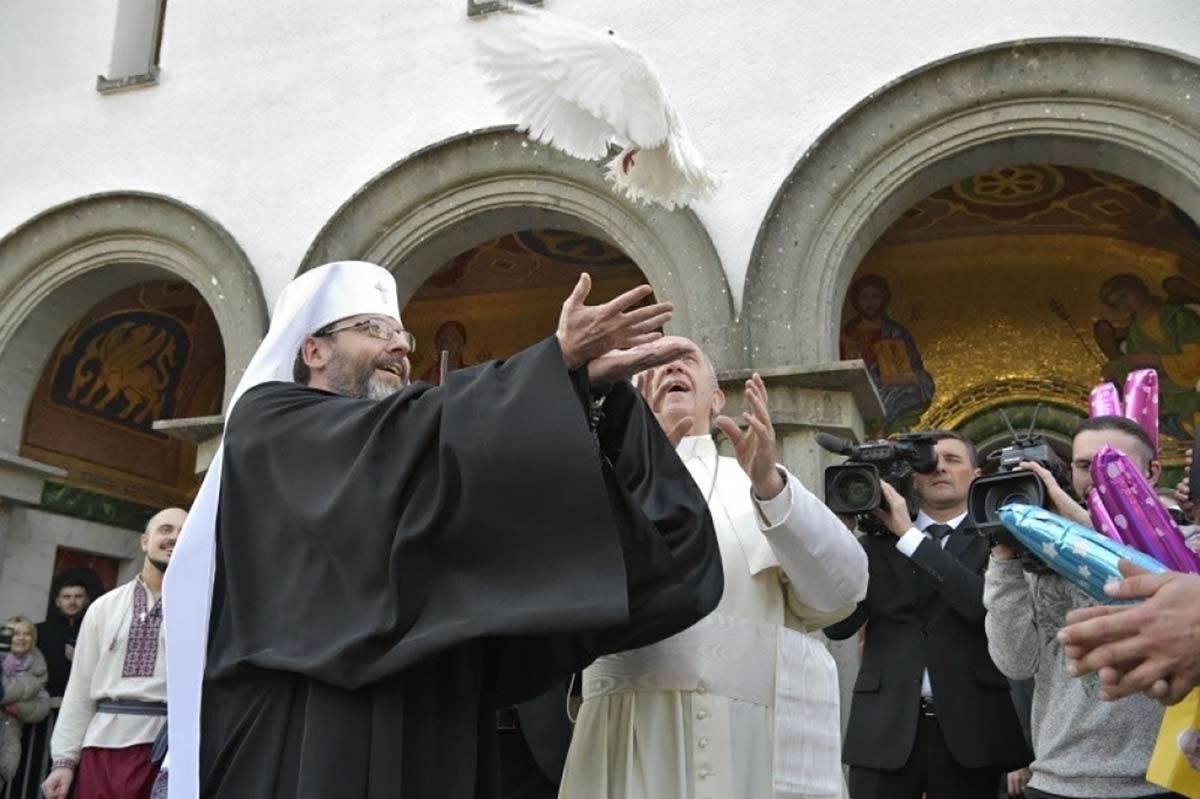 05 - Rome, Italy - January 2018 - On 28 January Pope Francis visited the Basilica of Santa Sofia, the center of the Ukrainian Greek Catholics in Rome. Pope Francis recalled the troubled and suffered history of the Catholic community in Ukraine and remembered the Salesian bishop Stepan Czmil, whom he met personally and who is buried in the crypt of the basilica. 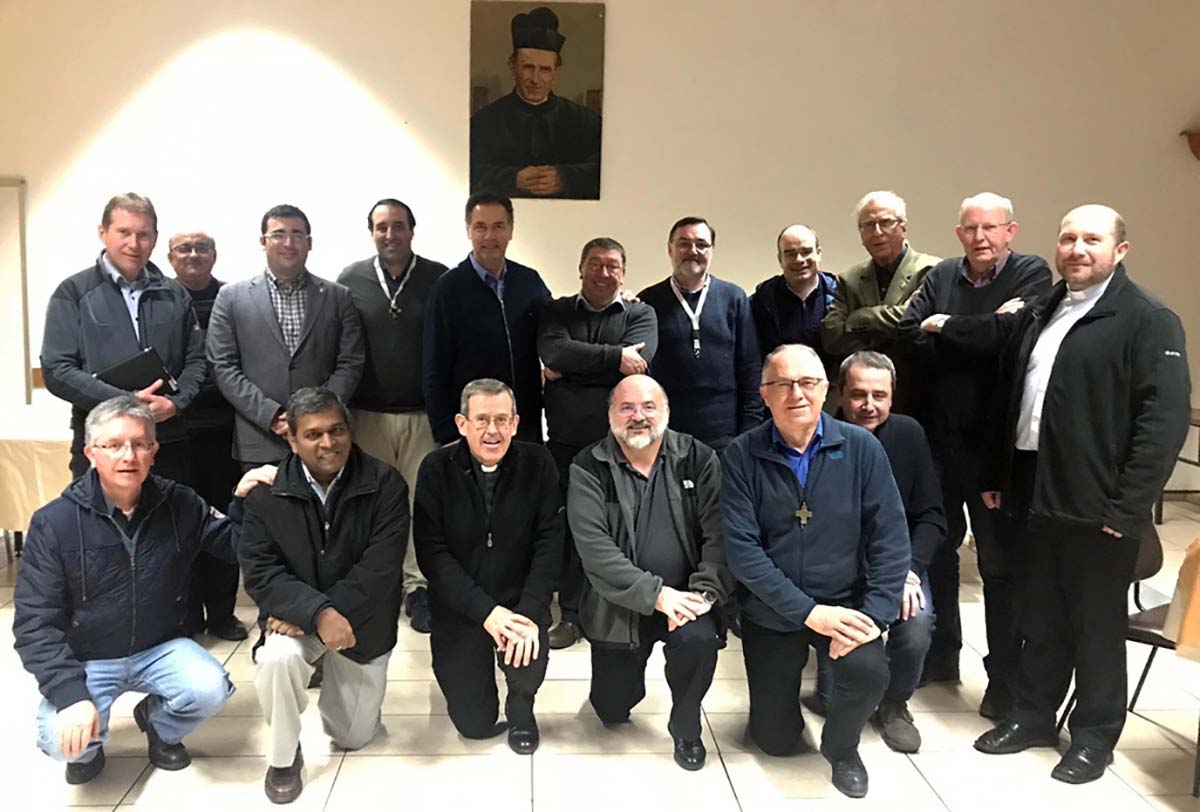 06 - Rome, Italy - January 2018 - On 22 January the Assembly of "Don Bosco International" (DBI), the NGO chaired by the General Councilor for Youth Ministry, Fr F. Attard, and which manages the relations of the Salesian Congregation with the European Union, met. The Rector Major, Fr Á.F. Artime, and the Councilors for the two regions of Europe Fr S. Martoglio and Fr T. Rozmus were also present. 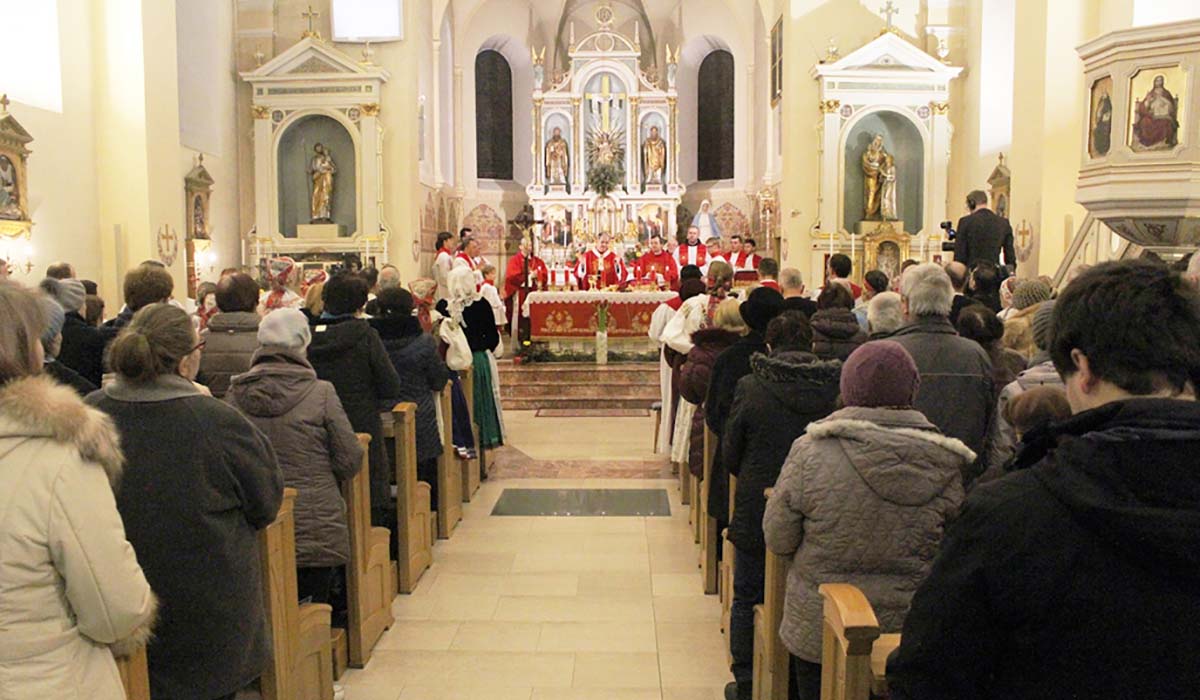 07 - Bratislava, Slovakia - January 2018 - On 8 January the liturgical memorial of Blessed Titus Zeman was celebrated for the first time. Masses in his honor were celebrated in the Salesian chapels and churches in the birthplace of Blessed Zeman in Vajnory, and in other locations throughout Slovakia. 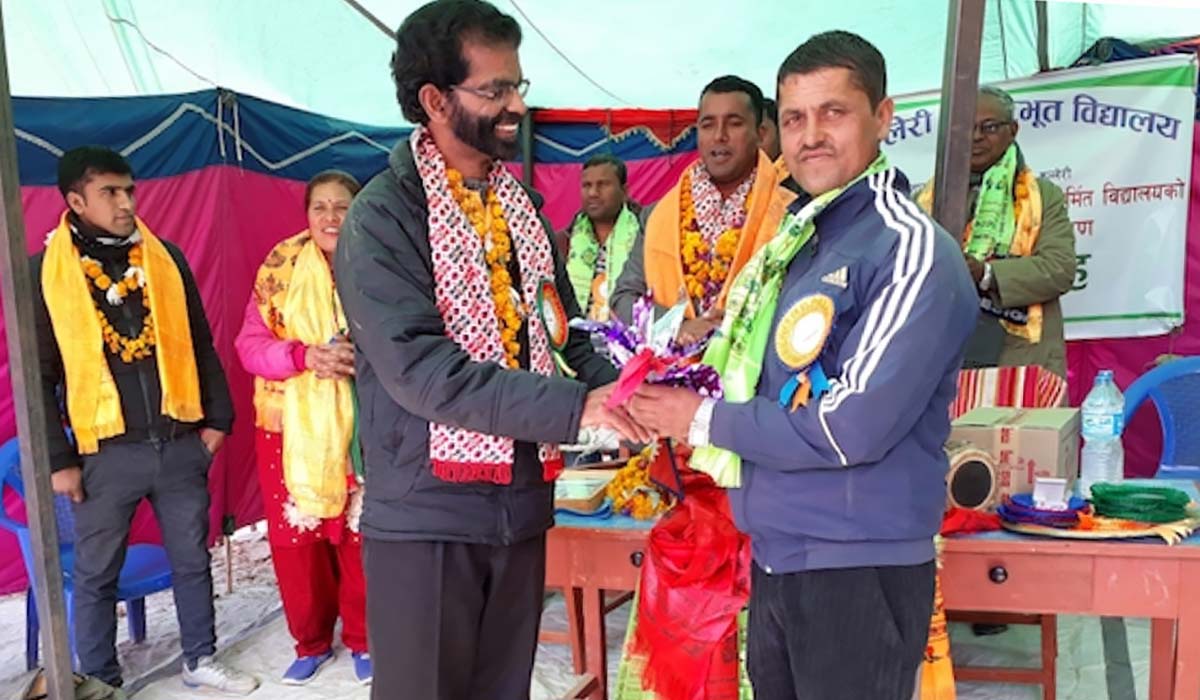 08 - Kallery, Nepal - 11 January 2018 - The Salesian NGO "Nepal Don Bosco Society" celebrated its 25th anniversary by consigning to the inhabitants of the village of Kallery the fifth earthquake-proof school built after the earthquakes of 2015. Five other schools, rebuilt in different remote areas of the country, for a total of 10 structures, will also soon be consigned.
Tweet