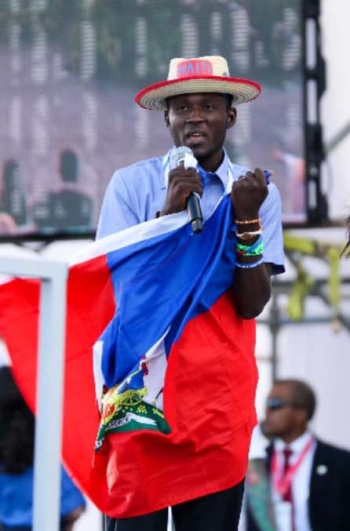 Haiti – From a young man to young people: "Let's take advantage of every moment and every opportunity that Christ offers us through His Church"

(ANS - Port-au-Prince) - Four young people from different countries brought the testimonies of the eight saints and blessed patrons of WYD in Panama 2019 to Pope Francis. It was last January 24 and the honor of presenting the "Father and Master of Youth", St. Giovanni Bosco, fell to a young man from Haiti, Jackson François. 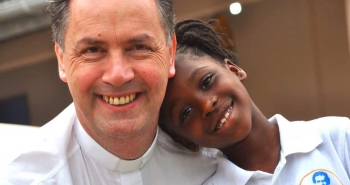 LET US LEARN TO LOOK “WITH THE EYES OF GOD” 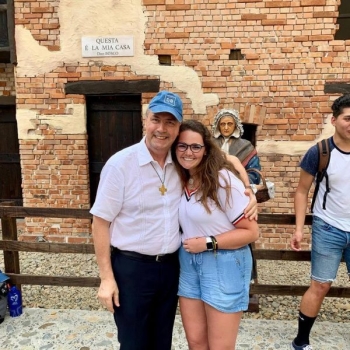 Panama – “Meeting the Rector Major up close, and growing in Christ through Don Bosco”. A testimony from a SYM leader

(ANS - Panama City) – “Let me tell you—life is complicated, crazy, and really surprising. During our tourist day in Panama, we bumped into the Rector Major, Fr. Ángel Fernández Artime. Earlier in the week we heard him answer questions from young people around the world along with Mother Yvonne. We ran into him later at the Salesian festival and took a group picture after greeting him. These moments were brief and enough!” 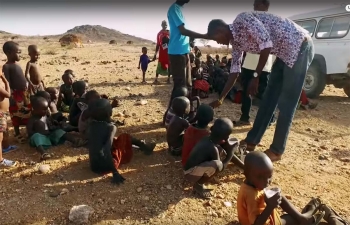 Panama - "I was hungry, you gave me to eat": thought-provoking Salesian documentary

(ANS - Panama City) - The Salesian media company "Don Bosco IMAGE", based in Kochi, India, won the Best Film Award in the category "Missionary Spirit" at the "Goodness Reigns Film Festival", a film festival that took place in Panama, as part of the 2019 World Youth Day, and which aims to promote the creation of faith-based media and art. The award-winning documentary, namely I was hungry, you gave me to eat, tells the poignant story of the people affected by the drought in Korr, Kenya, and has as its hero a mentally-challenged girl. 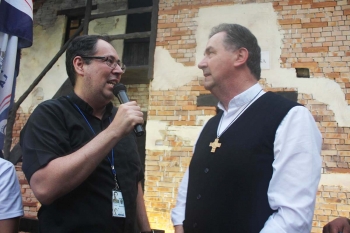 Panama - The new life of "America's Valdocco" ​​after WYD

(ANS - City of Panama) – During the World Youth Day, the Basilica of Don Bosco in Panama permanently hosted 1,500 young people, welcomed the leaders of the Salesian Youth Movement in their Forum and was a pilgrimage destination for thousands of young people from around the world. Currently the Rector Major, Fr Ángel Fernández Artime, is guiding the triduum in preparation for the Feast of Don Bosco. On Thursday 31, he will celebrate the solemn Mass. The Director, Fr Josè Francisco Romulo Gallegos, speaks to us about this center, symbolic across the continent.

(ANS - Rome) - Youth is a gift to be shared; young people are not only the future, but also the present of the Church and of society; and being part of the Salesian Youth Movement (SYM) means leaving one's comfort zones to go serve the most needy: these are just some of the precious concepts contained in the Message that the SYM has prepared in the WYD of Panama2019, which are now offered as an encouragement to all the young people of the Movement.