India – Most Rev. Dr. Soudararaju Periyanayagam SDB, Bishop of Vellore, has passed away 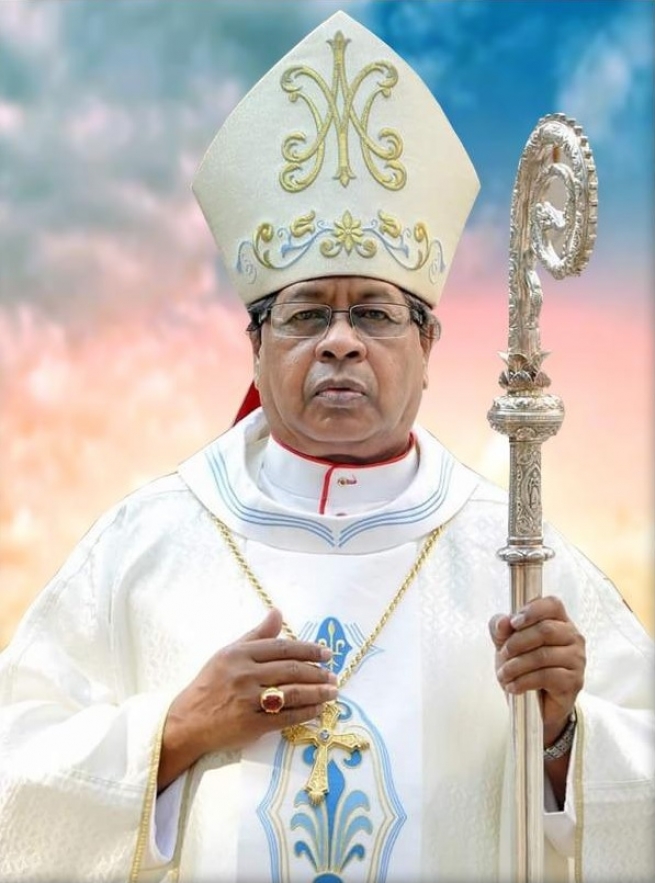 (ANS – Chetpet) – Bishop Sounararaju Periyanayagam SDB of Vellore is no more. He was admitted in The German Hospital, Chetpet a few days ago as he was not feeling well. Early morning on 21st March he suddenly collapsed due to a massive heart attack. A requiem mass was celebrated and the body was taken to Kolapalur, his native village where another mass was celebrated for the repose of his soul. Then the body was taken to the Christian Medical Hospital, Vellore to be kept in the mortuary till the Funeral Service, tentatively fixed on 25th March 2020 at 10 a.m. in Assumption Cathedral, Vellore.

Bishop Soundararaju Periyanayagam of Vellore died of a massive heart attack on March 21 2020. The 70-year-old Salesian Prelate was undergoing treatment for cardiac problems at Thomas Hospital, Chetpet, Vellore, Tamil Nadu, when the death occurred at 12:15 a.m.

Bishop Periyanayagam was born on June 6, 1949, at Kolappalur, Tiruvannamalai, Tamil Nadu. After his school studies, he joined the Salesians and made his First Profession on May 24, 1970. He was ordained a priest on June 25, 1983, at Manchester, England, United Kingdom. He was appointed the sixth Bishop of Vellore Diocese on July 11, 2006. His Episcopal Ordination was on August 24, 2006.

Bishop Soundararaju was known for his administrative skills. He always preferred team work in administration. Even as a Bishop he followed this principle. He was a very out spoken person who would not mince words when he pointed out things that were going wrong.

He was known for his deep friendship and loyalty to his friends. It is no wonder that he had a very large group of friends. He helped many young boys to come out of suicidal tendencies by listening to them and counselling them. He would go out of his way to help the needy especially the poor young. He was generous.

He wanted the religious working in his Diocese to focus their ministry on behalf of the poor and the marginalized.