RMG – After over five months since the kidnapping of Fr. Uzhunnalil, we must keep praying and hoping 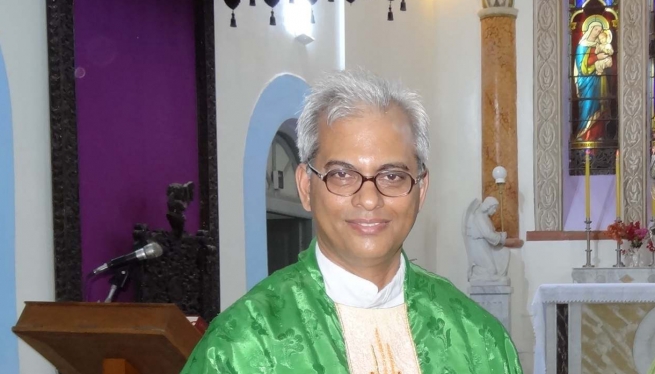 (ANS – Roma) – After over five months since his kidnapping, on March 4th in Aden, Yemen, the situation of the Salesian missionary Fr. Thomas Uzhunnalil is still enwrapped in uncertainty. As stated by Msgr. Paul Hinder, Apostolic Vicar of Southern Arabia, “we have no certain news. We only know that something is moving, but we have no certitude”.

After the abduction – which happened in the context of the massacre perpetrated by a group of rebels by the house of the Missionaries of Charity and which cost the lives of 4 sisters and 12 lay people – several rumours and pieces of information on Fr. Uzhunnalil spread, but none of them were reliable and, in some cases, they were totally groundless, as was the one about his crucifixion on the occasion of Good Friday.

Lately, the publication on Facebook of photos and videos showing Fr. Uzhunnalil beaten and emaciated gave rise to new speculations; but in this case too the truthfulness of those images was questioned by the Indian confrères of Fr. Uzhunnalil and by the experts consulted by the Indian Ministry of Foreign Affairs.

On August 4th, the Minister himself, Ms Sushma Swaraj, confirmed that “the Government is adopting all possible means for the safe release of Fr. Tom” and in a meeting with Fr. Uzhunnalil’s relatives, she reassured them on his situation.

Nevertheless, Msgr. Hinder emphasized that so far “nobody has ever had any direct contact with Fr. Tom. What is lacking is the evidence that he is really well”.

As was often stated in the official declarations and communiqués of the Vicar of the Rector Major, Fr. Francesco Cereda, it is important to keep attention alive on this matter, as well as on the one of the many persecuted Christians in various parts of the world and to keep praying.