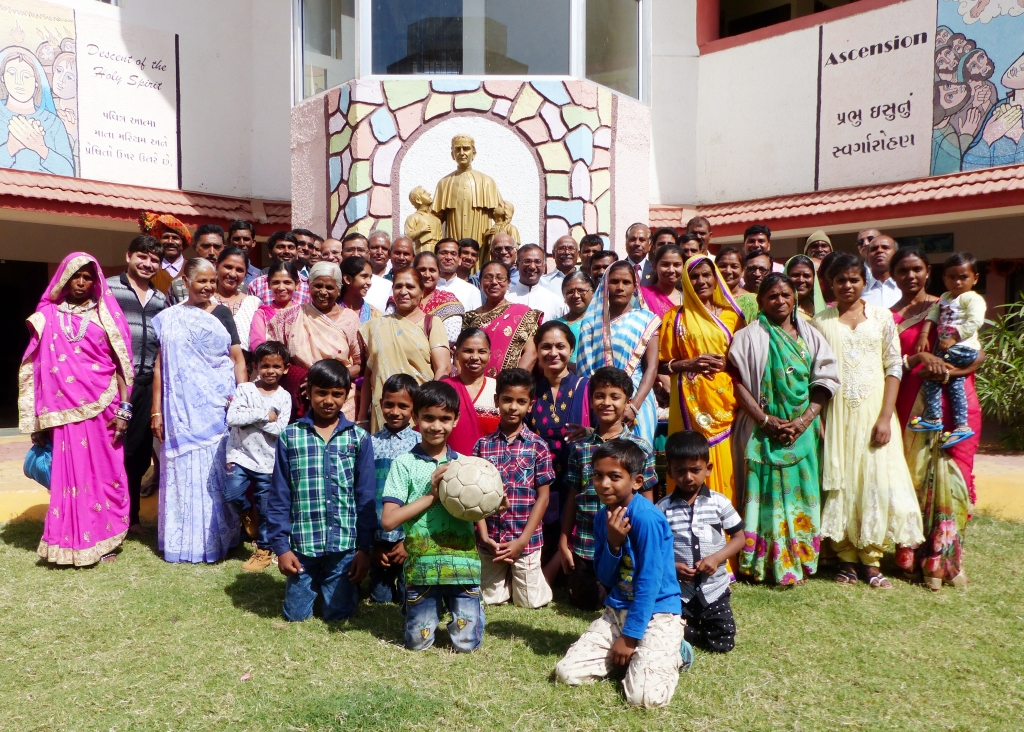 Kapadvanj, India – February 05, 2017 – “Salesian Parents’ Day”, a gathering of parents and family members of the native Salesians from Gujarat, Rajasthan and Madhya Pradesh was organized at the Don Bosco Campus, Kapadvanj on February 05, 2017. The theme “We are Family” was celebrated with 47 enthusiastic participants, not counting children and the Salesians.

A wonderful expression of Salesian Family spirit, this fellowship gathering provided a good chance for the Salesian confreres to express their gratitude to their parents. The solemn Eucharistic celebration was presided over by Father Ivan de Souza, Provincial Councillor and former Rector of Don Bosco Kapadvanj.

The homily focused on the life and work of Don Bosco who invited his mother, Mamma Margaret and other parents to collaborate in his initiatives for the young. Immediately after, there was a short input on the Mamma Margaret Association and the meaningful tradition of a formal gathering of Salesian confreres' fathers and mothers dating back to the 1988, when in Uruguay a mother of one SDB missionary in Africa launched this initiative, situating it within the larger context of the Salesian Cooperators Movement.

He added “after the Great Jubilee of 2000 all Salesian provinces across the world were invited by the Councilor for the Salesian Family to consider this simple but very meaningful tradition, and this is what we hope to achieve, beginning today. How we take this initiative forward is to be discussed and further implemented.” Referring to the mind of Don Bosco, quoting from the Strenna 2017 of the Rector Major “We are Family,” he invited the parents and family members to be one, think as one, and do as one.