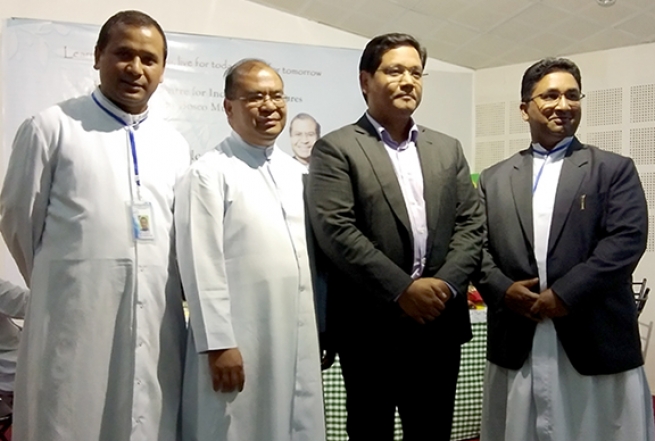 (ANS – Mawlai) – Meghalaya Chief Minister, Mr Conrad Sangma inaugurated the new gallery on Natural Resources and Housing Pattern at Don Bosco Centre for Indigenous Cultures (DBCIC) at Mawlai Phudmuri, Shillong, Meghalaya, India on 8th October 2018.  He stressed on documentation of the cultural history of tribes and other communities to ensure that people especially younger generation became aware of their roots.

The welcome address by the Director of DBCIC, Father Manoj, SDB, ushered in jubilation on the occasion of opening the Natural Resource Galley.

Blessed by Father Paul Lyngkot SDB, the Salesian Provincial amidst hundreds of invitees, the new gallery showcases the resources available in the North East and also the housing pattern of the eight states in the North East of India.

''You look at it from all the communities; you will find that justice has not been done. It is something that has bothered me a lot. What really worries me as apart from the museum that we have here in DBCIC, we are lacking a lot in the documentation of different cultural aspects of any of the tribes. There is a very less research that is being done when it comes to different cultural aspects of the different tribes of the North East, very less publication being done,''  said Sangma.

He recalled that when he was the MP from Garo Hills, he ensured that the state got projects to put up research and cultural centre for Garo tribe under the Garo Hills Autonomous District Council (GHADC).

Sangma maintained that councils are supposed to keep up the tradition and study the culture, different cultural values of tribes.

''We felt District Council should really look into these aspects. We are coming up with the Centre for Cultural research for Garos in Garo Hills and documentaries are being made on the entire history of the tribe,'' he added.

Lauding the DBCIC for taking the initiative to bring the whole North East into one roof, he expressed keenness on working closely with the DBCIC on research and other important areas.