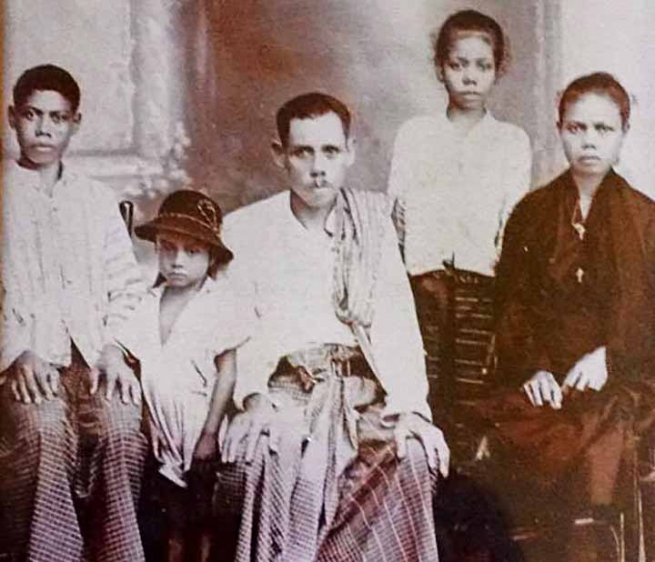 (ANS – Dili) – Salesian Brother Carlos da Conceicao Marques was born on February 17, 1912 in Wailili, Baucau, East Timor. He was 15 years old when the first Salesian missionary expedition, including Fr. Callistus Caravario, reach the shores of East Timor. He is the first Timorese person who joined the Salesian Congregation although he passed away in Portugal on 29th October 1978.

His vocation story is very simple. He enrolled into the first Salesian technical school in Dili (Escola Salesiana de Artes e Oficios) and attended during the two years of the first Salesian stay in Timor (1927-1929) as student of Carpentry-Masonry section. In the daily contact with the Salesian he was inspired especially by the Rector, Fr. Herminio Rossetti, and the future Saint, that time just “practical trainee” Cl. Callistus Caravario.

When the Salesians were leaving Timor in 1929, they took with them few promising boys to Italy. So Carlos was able to finish his technical studies in Turin, Rebaudengo Institute, in 1932 and enter the Salesian Novitiate in Villa Moglia (Chieri) and made his first Salesian profession on 14th September 1933 and spent another 4 years in Italy (Foglizzo and Rebaudengo).

Then he went to Portugal province - where we made his perpetual profession in 1938 and worked in the “Oratorio de Sao Jose”, in Evora, as an Assistant assigned to different house tasks. In 1943 became part of the first SDB expedition to the island of Cabo Verde, Portugal territory, that started in Sao Nicolau the first Don Bosco education work, until 1947.

When the Salesians were again invited to East Timor, in 1946, (first expedition), Br. Carlos reached his homeland on 23rd June 1947 for next 3 years. Then due to his frail health he returned again to Portugal, in 1950, assigned to the “Oficinas de Sao Jose” in Lisbon.

Br. Carlos went to heaven in Quinta do Pisao, Alcabideche, Portugal, on October 29, 1978, after long years of incurable sickness at the age of 66 years and 45 years of Salesian religious profession. His tomb is in the cemetery of Frequesia de Alcabideche-Cascais, in Portugal.

The Salesians remember Br. Carlos as man of many distinguished qualities, faithful in his profession, always ready to contribute to improve the community environment, hardworking character, exemplary religious with spirit of sacrifice, loving the Congregation, always able to attract the young people to Jesus.