Youth Work in Asia: Theory and Practice
In evidenza 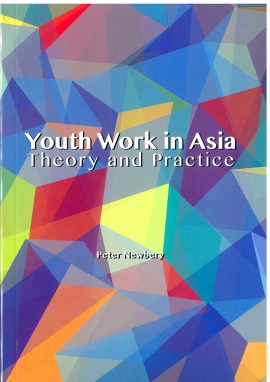 In recent years, scholars in Asia have been building up a body of work in the social sciences which focuses more directly on Asian issues, examining how much of the more common theories and approaches taught in universities and colleges, often developed in a European or American context, are applicable to Asia. Fr Peter Newbery, SDB, has now published a book for people working with youth social workers, teachers, clergy, Salesians, and university students too may find it useful.

Beginning from commonly taught theories, this book examines their relevance to the Asian situation and adds an Asian perspective whenever possible. The book covers topical issues such as the importance of the development of the mind and the brain during adolescence, the role of women in Asian society, the development of religious faith and approaches that social workers can take when dealing with clients coming from a variety of religious backgrounds, so often found in Asia, which may well be different from their own. It also covers Asian views of personality, morality, “face” and conformity and discusses the search for identity in the Asian social context as well as examining Asian approaches to parenting and Asian family dynamics.

Hong Kong is a large international metropolis but its day-to-day social life is firmly embedded in Chinese culture. The territory has a long history of professional social work dating back to the establishment of Hong Kong as a British colony in 1842. This book describes the development of four major areas of youth work which have the longest history in Hong Kong and which have evolved as Hong Kong itself has evolved socially and economically over decades in response to real, practical needs and the unique background of Chinese Culture. The author, who has spent most of his working life in Hong Kong, argues that the Hong Kong experience can provide much food for thought for youth workers in other areas around Asia.

Anyone who intends to work with young people in Asia – social workers, psychologists, teachers, community leaders, church workers, even parents – will find this book invaluable.

Peter Newbery is a Salesian Priest and has been serving youth in Hong Kong and throughout Asia for more than 50 years, initially as a teacher and school counselor and later with the Correctional Services. He has qualifications in Social Work, Criminology, Counseling and Education. He has taught Youth Work in Hong Kong, Macau, and the People's Republic of China and lectured on Youth Work in Taiwan, South Korea, Indonesia and India. He has published a number of books on youth issues. The present book crystalizes his thinking and insights into his own experience gained over more than half a century of youth work in Asia.

In 1991, he was instrumental in setting up a new and innovative service for marginal youth for which he has been honored by the government of the Special Administrative Region of Hong Kong with the Bronze Bauhinia Star. He has also been honored by the British Government and the United Nations for his work with youth and has received Honorary Doctorates from two Hong Kong Universities.