Paraguay - SYM: "We cannot remain indifferent to the events" 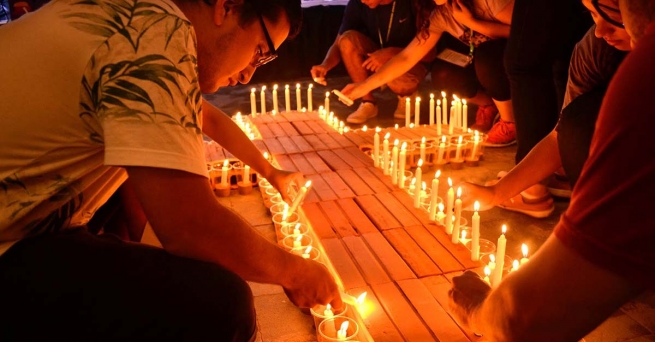 (ANS - Asunción) - "Mass riots and one person dead after a part of the ruling party, which supports President Horacio Cartes, promoted a reform of the constitution to allow for his re-election in 2018", according to reports these last few days in the international media. Faced with this difficult situation, the Episcopal Conference of Paraguay has asked them not to insist on the possibility of presidential re-election through a constitutional amendment, because it causes unnecessary tensions which "could result in violence with unpredictable consequences."

In light of this social crisis that Paraguayan society is facing, young people of the Salesian Youth Movement have joined their voices to that of the Episcopal Conference, through a letter in which they reiterate: "We cannot remain indifferent to the events":

Members of the Political class, Members of Civil and Ecclesiastical Society, Paraguayan People:

As the Salesian Youth Movement (SYM), we cannot remain indifferent to the events of recent days concerning the future of the national political and institutional life of the Republic of Paraguay, and therefore:

We express our total rejection of the abuse of legitimately constituted institutions, by means of legal quibbles.

We defend the institutions of the Republic and the full observance of the social law state.

We urge the political class to avoid further confrontation between Paraguayans.

We take up our role as guardians and defenders of the Constitution and the laws in force in our national legal system. We recall the statement of the Episcopal Conference of Paraguay which says: "Regardless of the legal argument, we believe it prudent not to insist on the introduction of the possibility of presidential re-election through a constitutional amendment, because it causes unnecessary tension, division and social biases, that if not handled properly could result in violence with unpredictable consequences (...) (Pastoral Letter from the Council of the CEP - 29/03/2017).

We encourage you to use all the instances of dialogue and the search for social peace.

We urge peaceful demonstration by citizens.

We condemn all acts of violence and vandalism against our fellow citizens or institutions.

We raise our prayers to the Virgin Mary Help of Christians, Mother of Hard Times, that she may protect and bless, the Republic of Paraguay at this complicated time.

Long live the Republic of Paraguay!