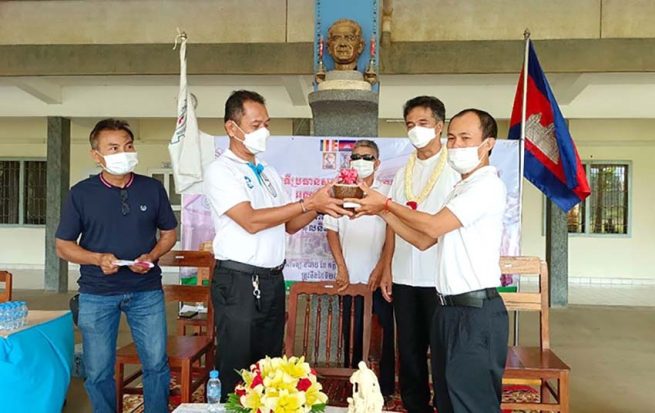 Cambodia - Handover of Past Pupils Presidency

Phnom Penh, Cambodia - November 2021 - The leaders of the Don Bosco Past Pupils Association in Cambodia met on November 28 in the presence of their Delegate, Fr Roel Soto, SDB, Delegate for Cambodia and Director of the "Don Bosco" Foundation in Cambodia, Fr John Visser. The event was held to install the new management team of the Presidency of Past Pupils. The report presented during the event recognized the progress thus far and the assembly expressed the hope that the mission of the 6th generation of Presidency would continue the path over the next two years. The new President began his service by expressing his best wishes to Fr Soto and Fr Visser, hoping their mission would be fruitful in helping young Cambodians to build a future. To date, there are more than 25,000 young people in Cambodia who, since 1991, have received Salesian education through the seven schools and educational centers in the country. 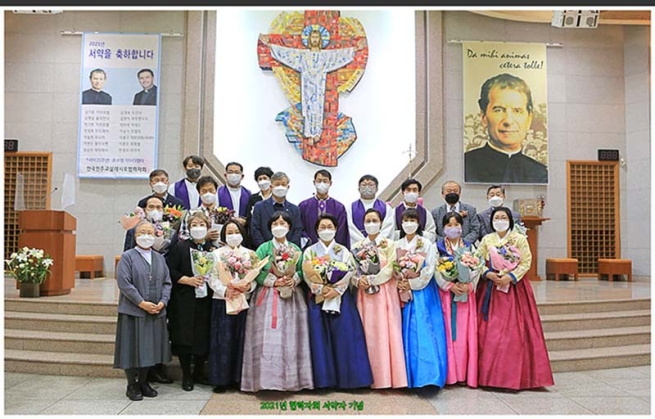 Seoul, South Korea - November 2021 - The Association of Salesian Cooperators (ASC) of South Korea organized the Advent Retreat. About 200 people attended, including Salesian Cooperators, aspirants, and delegates. Sister Kim Geltrude, FMA – Delegate for the Salesian Cooperators, showed two videos on environmental disasters and guided the sharing and reflections of the participants on the importance of caring for Creation. At the end of the retreat, Fr Timothy Choi, South Korea Provincia (KOR), celebrated Mass during which 14 new members of the ASC made their promise. 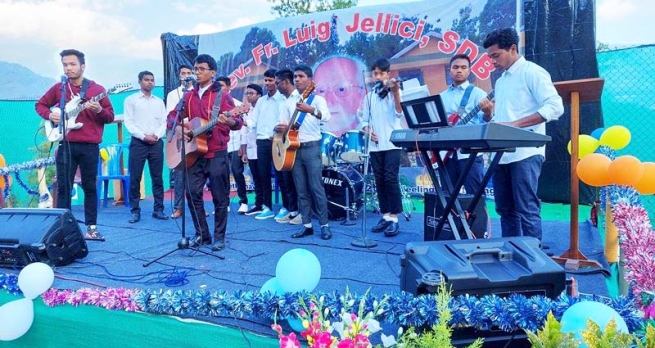 India - Concert in memory of the Salesian Fr Luigi Jellici

Dhajea, India - November 2021 – On November 28, a rural village in the hills of Darjeeling organized a concert with orchestra and cultural dances in memory of the Salesian missionary Fr Luigi Jellici, the founder of two missions at "Dhajea Busty" (launched in the 90s), and “Don Bosco Mirik” (in 1995). The concert took place in the Salesian novitiate “Nazareth Bhavan” to showcase the talents of young people in collaboration with nine Salesian novices. Two colleagues of the missionary Fr Luigi Jellici: Fr Samuel Lepcha, Vicar General of the Darjeeling-Sikkim diocese, and Fr George Thadathil, SDB, Dean of the Siliguri/Sonada Salesian College were present. Born in Tesero in the province of Trento, in north-eastern Italy, Fr Jellici arrived in India in 1932. He was an organist and choirmaster in the cathedral of "Our Lady of the Most Holy Rosary" in Calcutta for 17 years. He then transferred to the Salesian Institute of Sonada, where he remained for 29 years. In 1992 he was transferred to the “Don Bosco” church in Mirik, where he worked for another 17 years. When Fr Jellici took over the pastoral care of the Balasun valley, there were only 5 Catholic families in the area. When he died, at the age of 94, in 2009, the mission had 24 Mass centers, established Parishes in Sonada and Mirik, and a quasi-parish in Dhajea, with over 400 Catholic families. 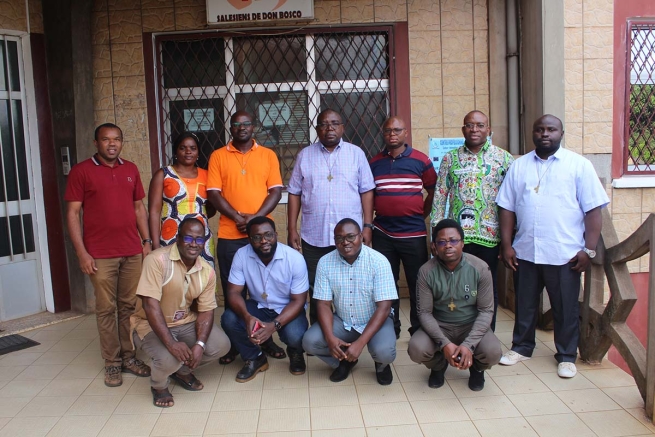 Yaoundé, Cameroon - November 2021 - The meeting of the Youth Ministry (YM) commission and teams took place on 29 November, at the Provincial House of the Salesian Vice Province of Tropical Equatorial Africa (ATE), in Yaoundé. The meeting was held to reflect on the three-year youth ministry animation plan and the guidelines offered by the Youth Ministry Provincial Delegates of the Salesian Region of Africa-Madagascar. Fr Xavier Zilly, the YM Delegate of the ATE Vice Province, presented guidelines and the three-year plan of the YM, divided into 4 areas of animation, each with its own specific objective:
1. Salesians and young people
2. Return to Don Bosco
3. Pastors and lay people trained for the poorest and most abandoned young people
4. Vocation Ministry.
The meeting also provided an opportunity to start a discussion on the effectiveness of the Vice Province platform for young people of the Salesian Youth Movement.