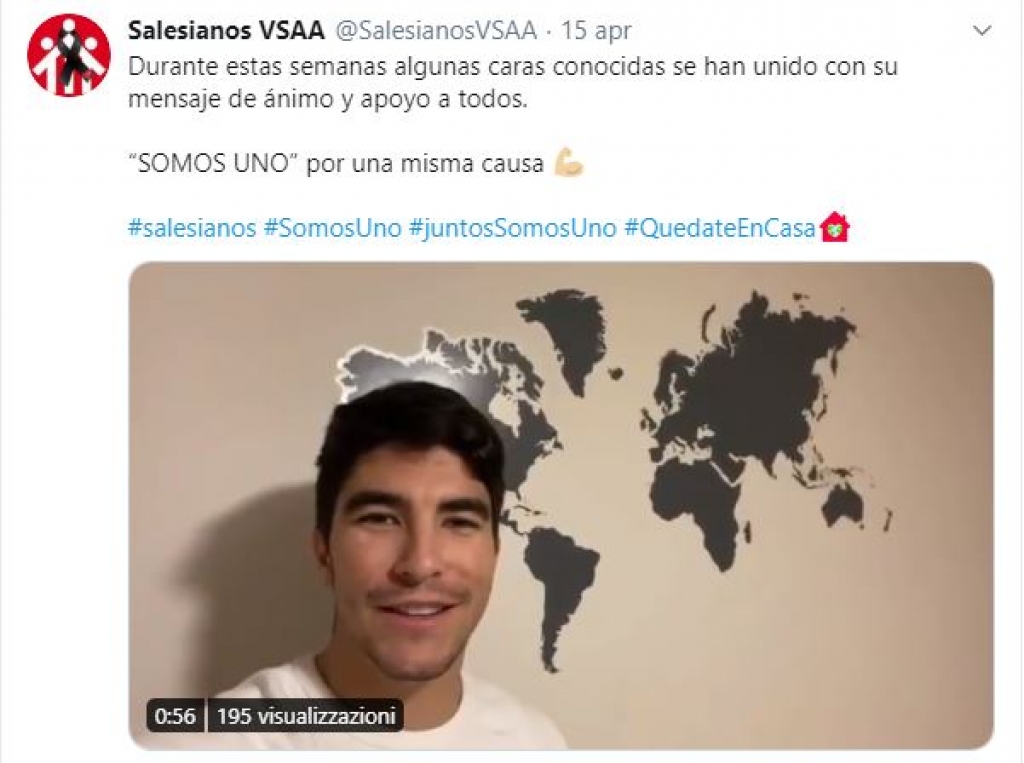 Valencia, Spain - May 2020 - During these especially difficult weeks, messages of encouragement from well-known faces from the world of sports, music and entertainment have reached the Salesian houses. These are Salesian past pupils who have become famous in various areas, such as Valencia footballer Carlos Soler, and director Paco Plaza, both past pupils of the "San Antonio Abad" Institute in Valencia. Vicente Bombai from the Bombai band and other musicians such as Manu Tenorio, Neus Ferri and Rozalen have also recently joined. Gymnast Almudena Cid and actor José Mota also showed their closeness to the Salesian Family and to all the people who work in the Salesian Social Platforms.