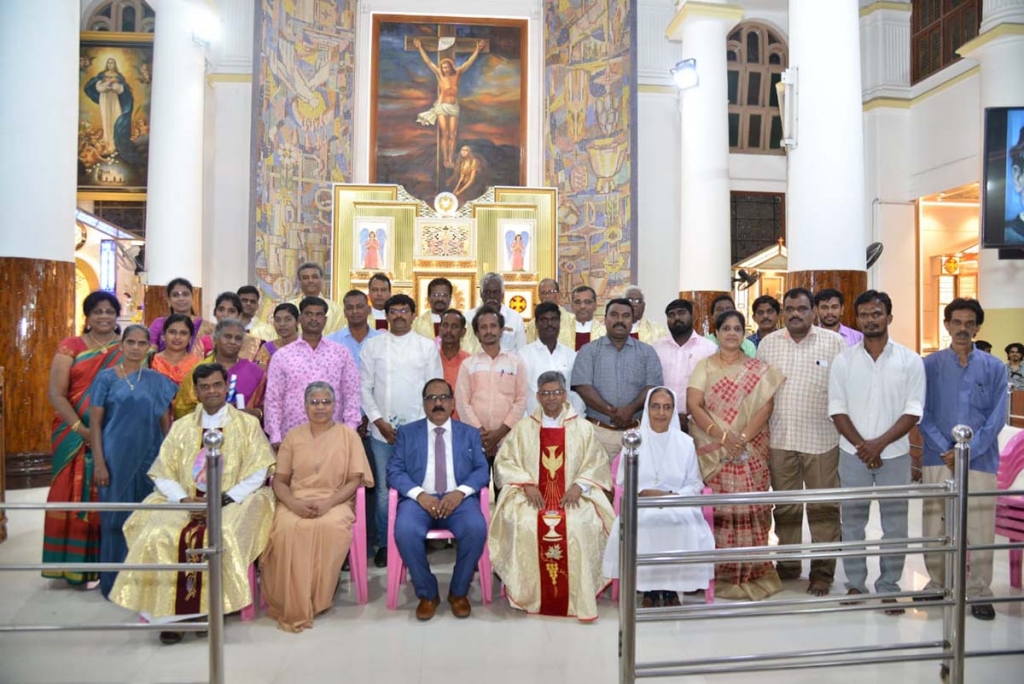 Chennai, India - February 2021 - At the end of two years of formation, 27 aspirants from the Association of Salesian Cooperators (ASC) were admitted to make their promise in the Salesian Province of Chennai (INM): 21 during the Mass celebrated on February 6 in the co-cathedral of "St Mary" in Chennai, and 6 during the Mass celebrated on February 7 at the "Mary's School" in Vellore. The aspirants delivered their promises into the hands of Bro. Aseervatham, ASC Coordinator of the INM Province, in the presence of Fr Jose Kochamkunnel, Provincial of the INM Province, and Sr. Nirmala Lazar, FMA, INM Provincial, under the guidance of the ASC, SDB and FMA Provincial Delegates, Fr Edwin George and Sr. Mary Sheila.