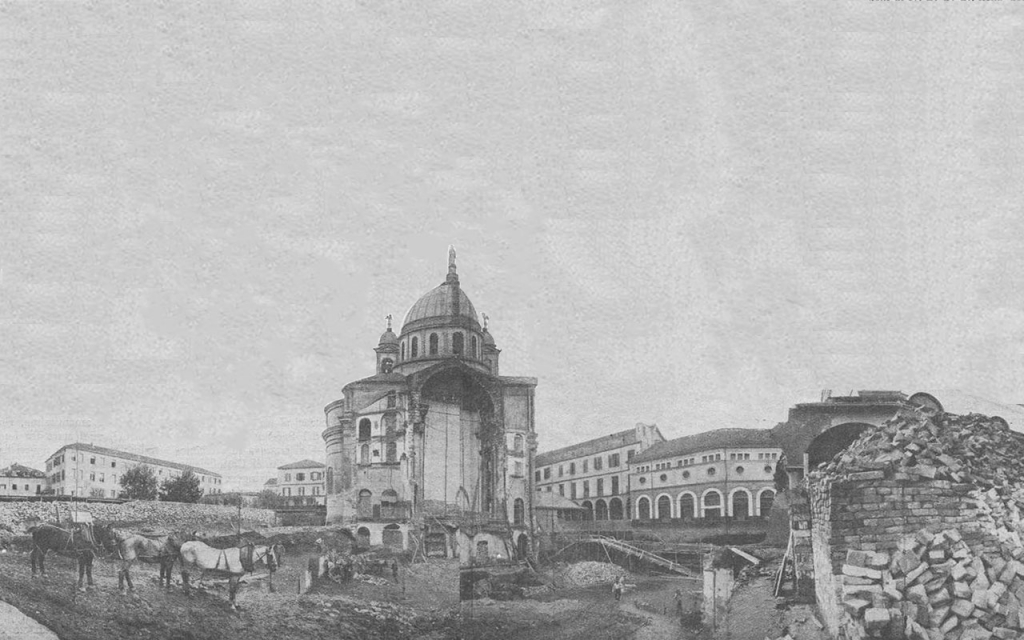 Turin, Italy - 1936 - The project for the expansion of the Basilica of Mary Help of Christians in Turin was started in 1934, with a letter from the then Rector Major, Fr Pietro Ricaldone, asking "not to forget to extend the devotion to Mary Help of Christians.... and to complete the enlargement of the Basilica." In 1936 the Salesian Bulletin reported on the works and major projects to "embellish and enlarge the Basilica and to erect an altar dedicated to Don Bosco."