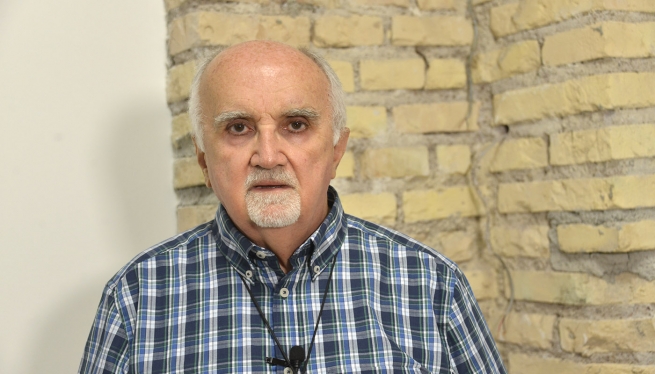 (ANS - Caracas) - Fr Timothy Ploch, Regional Councilor for Interamerica, carried out an Extraordinary Visitation in the name of the Rector Major to the "San Lucas" Province of Venezuela. He was impressed by what he experienced and for everything he saw. What struck him most was the attitude of the Salesians and the young. "There is hope among young people ...", he said.

How did you see the situation in Venezuela?

The situation has been very critical since 1999, when the whole system of government was changed when Hugo Chávez was president. He introduced a socialist, communist government, like in Cuba ... The country has changed dramatically in every sense. It is very difficult to get food and medicine. It is a dramatic and disastrous situation.

Did you see people searching and collecting food in the trash?

With my own eyes I saw many people looking for food in landfills, fighting with dogs looking for the same food. Skilled people or professionals have already left the country. Those who were bourgeois are poor and the poor are now miserable.

But is the situation really so terrible?

I was with a boy who had received some food and I saw that he did not eat it and kept it with him. I asked him: Son, are you not hungry? The answer was immediate: "I am very hungry, but this food is dinner for all my family."

And the situation of the Salesians?

How did you find the Salesians?

It is wonderful to see the Salesians of Venezuela, I consider them true Salesians. They always live with optimism and they hope that things will change. I never heard complaints from anyone ... There are signs of hope. Here we are, we did not leave! We Salesians have decided to stay among the young.

And how do the thousands of young people live?


There is hope among the young. The young teach the Salesians to live with hope. A young man from a Salesian formation center told me, "I am betting on Venezuela because I can contribute to change."

What do people hope for in this context?

Everyone has one idea in their heart: change will come! May God touch the hearts of the rulers.

The interview in Spanish can be viewed at the following link: https://youtu.be/o1nvW8VCnDw