(ANS - Addis Ababa) - Covid-19 cases in Ethiopia are growing rapidly every day and are ...

Paraguay - A story in color

(ANS - Freetown) - Coronavirus infections in Sierra Leone have been well under control: there ...

Rome, RMG - September 2020 - The annual meeting of the Youth Ministry Delegates of the ...

Brno, Czech Republic - September 2020 - On Saturday 5 September, during a Eucharist presided over ...

0
Russia - Salesians and young people together for an environmental initiative 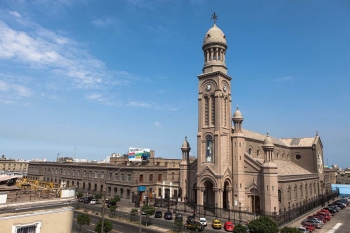 Peru – July 29: 100 years of Basilica of Mary Help of Christians in Lima

(ANS - Lima) - Sunday 26 July, in an atmosphere of joy and gratitude, the opening of the celebrations for the Jubilee centenary of the Basilica of Mary Help of Christians in Lima, the cultural and historical heritage of the city of Lima, was celebrated. The ceremony included a solemn Eucharist presided over by Msgr. Carlos Castillo, Archbishop of Lima, and concelebrated by several Salesians, including the Provincial Vicar, Humberto Chávez, SDB, and Fr Santo Dal Ben Lava, parish priest of the Basilica. 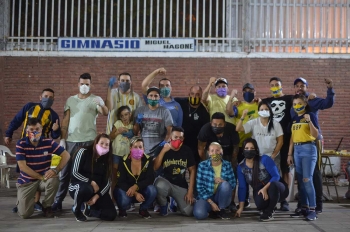 Argentina – With the heart of Jesus and the face of Mary: "The pandemic has taught us to value more what we have to give to others"

(ANS - Rosario) - In Rosario, Mary dresses as a Help of Christians. The Salesian community of the Sacred Heart of Jesus accompanies the families of Ludueña and Barrio Industrial in this socio-health-related emergency. Latin America is now the continent with the highest number of sick people; Brazil is second for the highest number of infected and deceased people due to Covid-19. In Argentina, 23,620 cases of infection have so far been confirmed, 693 dead, with 7,305 people healed; thus, the quarantine has been extended until 28 June and, meanwhile, poverty continues to increase. 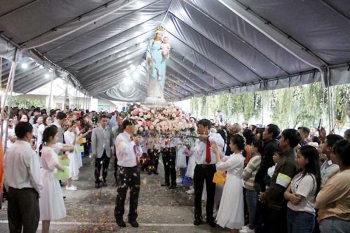 Vietnam - Celebration of Feast of Mary Help of Christians in Dalat

Dalat, Vietnam - May 2020 - On May 24, the Salesian community of the post-novitiate and the "Don Bosco" parish in Dalat celebrated the feast of the Ascension of the Lord and the feast day of Mary Help of Christians in a solemn way, since the restrictive measures were revoked. About 4,000 people attended the event. 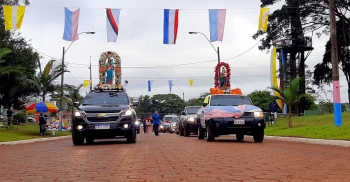 Minga Guazú, Paraguay - May 2020 - On May 24, a multitude of vehicles participated in the procession in honor of Mary Help of Christians in the city of Minga Guazú. The manifestation of faith culminated in front of the Temple of Mary Help of Christians, where the Salesians of the community gave the blessing to the faithful. This year, due to health restrictions, the celebration of the novena and the central Mass were held behind closed doors and broadcast on various digital channels. In the evening, 27 artists participated in the online serenade broadcast via social networks, cable TV and local radio. 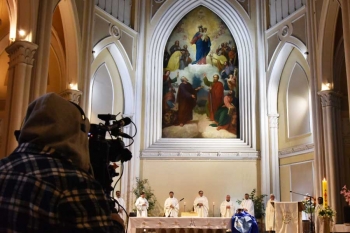 Chile – Called to form a great chain of salvation

(ANS - Santiago) - In the last five months humanity has experienced a period of uncertainty due to the spread of Covid-19. Millions of people have been infected and thousands have lost their lives due to the pandemic. These are difficult times when the faith of millions of believers has been tried and tested. In response, the Church has firmly set foot into the digital courtyards, so as not to lose communion with the people of God who were forced to stay in their homes for security reasons. 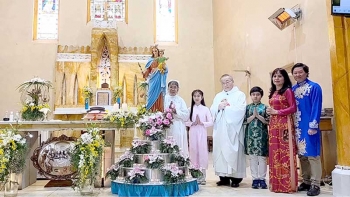 (ANS - Melbourne) - While the Covid-19 pandemic continues to affect the lives of Australians, Catholic bishops have decided to entrust the entire Nation of Australia to the care of Mary Help of Christians. The act, through a prayer specially composed for the occasion, was carried out in many parishes and communities throughout the country, both on Sunday 24, in the traditional anniversary of the feast day, and on Monday, for those who postponed celebrations because of its concurrence with the solemnity of the Ascension.