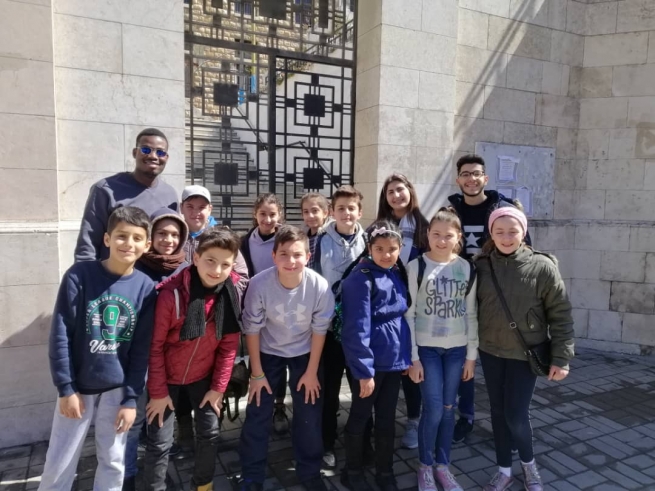 (ANS - Aleppo) - Andrew Mulumba Chishimba is a 25-year-old Salesian in formation, a native of Zambia, but since last September he has begun his missionary service in the community of Aleppo, Syria. Today he shares his experience and the challenge and lessons learned so far with ANS.

What is your faith journey about?

I received the faith from my parents who are both Catholics and very dedicated to church services. At a young age, they introduced me to the Sacraments and every Sunday I used to go with them to church, hence the faith I have today.

How is your Salesian and missionary vocation journey?

When I was in secondary school, I started slowly admiring the priests at my parish and with them, I was introduced to priestly life which later attracted me to join them. Later on, when I finished secondary school, I got a cell phone number of Fr Antonio Barrientos, a Salesian missionary working in Zambia who introduced me to Salesian life and sent me to Chingola to meet Fr Eustace Siame, SDB, who later inspired me and I joined the congregation. After being sent for the first stage in Kazembe, Luapula region in Zambia, I was inspired a lot by a Salesian missionary, Fr Slawek, who dedicated his life to saving the young stars of Kazembe; from them, my missionary seed was planted till I finished philosophical studies and applied for missionary ad gentes.

What makes you happy as a missionary in Syria?

What fills my heart with joy in Aleppo, Syria, are the young stars and the faith they have in Salesians. Their joy and happiness, despite the challenges they have faced in the past. They challenge me to be both a good Salesian and a happy Salesian.

What is the Middle East (MOR) Province about?

MOR province is a very good and difficult Province at the same time. It’s hard to transfer Salesians from one place to another due to political problems and the other challenge is that we have few Salesians and no vocations at the moment. Language is another challenge because many Salesians are missionaries, yet they don’t really speak the language perfectly. However, there is a desire to carry on the mission of Don Bosco.

What is your message to the young Salesians?