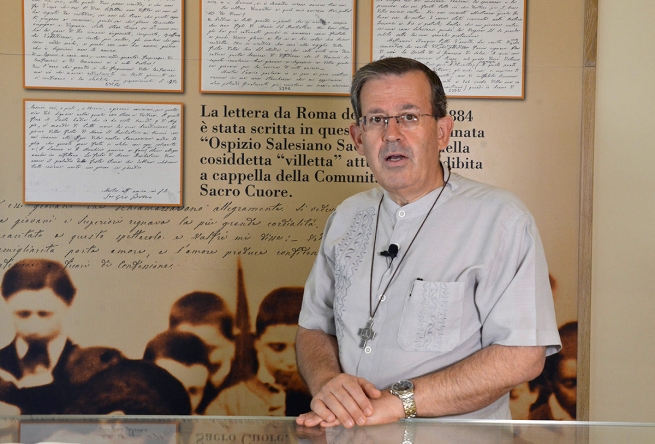 (ANS - Rome) - After the meetings with the Rector Major and the General Council, Fr Fabio Attard, General Councilor for Youth Ministry of the Salesian Congregation, took stock of the main topics dealt with at the pastoral level.

What are the Youth Ministry projects for the forthcoming months prior to the General Chapter?

The preparation for the General Chapter certainly touches on the mission's theme, the profile and also the Salesian formation of the laity. But there is also a wider scenario, that is of the Church and, especially, of the next Synod for young people. Therefore, the choices we have made, both at the level of the General Council and as a Dicastery, are to place ourselves even more on the broader path of the Church. In fact, in the regional meetings we will have, we will dedicate a whole day to the Instrumentum Laboris.

Specifically, what issues will be addressed on this day?

Two powerful themes will be discussed. The first, the situation of young people, as they see it and communicate it within the Instrumentum Laboris. The second theme is that of the great challenge of discernment and accompaniment.

What are the guidelines to be considered for pastoral work in the Provinces?

For our part, we strongly insist that there be collaborative work among all those who have a pastoral responsibility: missionary animation, communication, vocational animation. But also those who have the responsibility to accompany the sectors, hence schools, parishes, the youth centers.

What is the role of the laity instead?

It is always good to remember that the laity are not our employees. The laity share the Salesian mission with us. Theirs is a huge contribution. That of the laity is a journey that has still steps to take, but the steps taken so far give us hope for the future.

The video of the interview is available on ANSChannel.