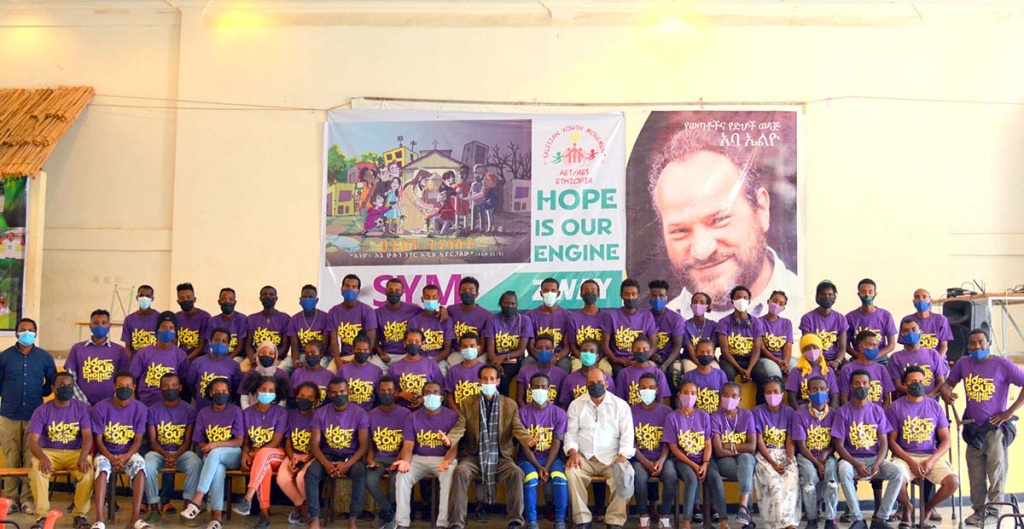 Zway, Ethiopia - March 2021 - Organized by the Department for Youth Ministry of the Vice Province of Africa Ethiopia Eritrea (AET), the meeting of the Salesian Youth Movement (SYM) of the southern and central regions of the country took place from 19 to 21 March. The event, centered on the theme of the Rector Major's Strenna 2021 "Moved by hope", was attended by 60 young people from the ten Salesian houses in the central and southern regions, while young people from the houses in the north of the country were unable to participate. The SYM appointment, which took place in compliance with all biosecurity regulations, was a great opportunity for the young animators of the oratories and youth centers to come together and share their ideas on how they can truly be messengers of hope also in these difficult times. Fr Samuel Abreha, Delegate for Youth Ministry of the AET Vice Province, animated the meeting, assisted by Fr Yohannes Mengistu and the Salesian Brother Terefe Mehari Habte. Each young participant wore a T-shirt with the words “Hope is our engine”.