Uganda - First aspirants, Pre-Novices and Novices of Sisters of Charity of Jesus 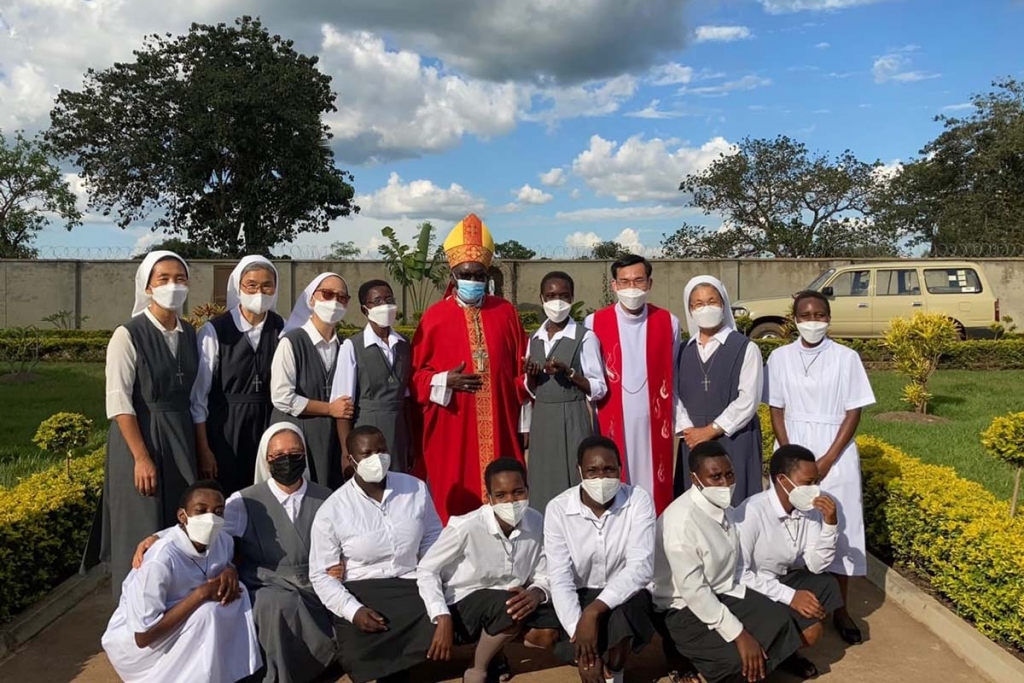 Gulu, Uganda - August 2021 - Just 10 years after the beginning of their first African presence in Juba, South Sudan, the Sisters of Charity of Jesus, XIth group of the Salesian Family, gives thanks to God for their first African Novices. Arriving in Uganda in 2019, the Sisters of Charity of Jesus immediately aroused the interest for religious life among a group of women. Thanks to the commitment of the entire formation community, on 23 August 2021, five new aspirants and two pre-novices were welcomed. The following day, the first two African novices were welcomed during the Eucharist presided over by Archbishop John Baptist Odama of the Archdiocese of Gulu. Last March, the Institute sent three other sisters to South Sudan and Uganda. The Sisters of Charity of Jesus, founded in 1937 in Japan, are present in 16 countries in five continents with more than 900 professed members. In October 2022, they will celebrate their XVIII General Chapter in Italy, on the theme "Renewed by the Spirit of the Risen Lord all together for our common home".