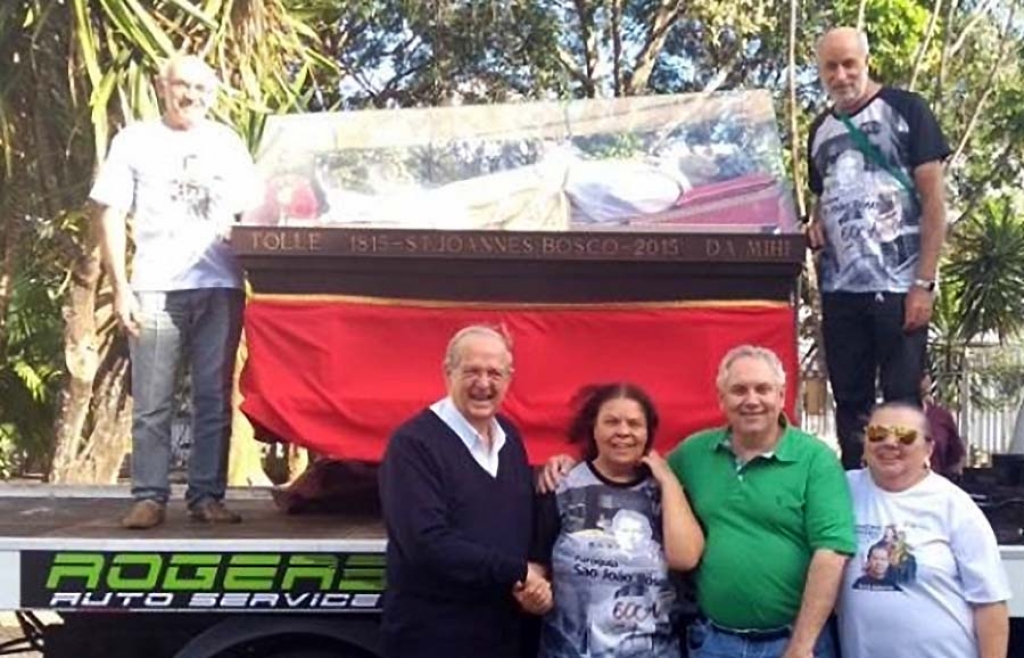 Brasilia, Brazil - July 2017 - The urn containing a famous relic of Don Bosco arrived last weekend in Brasilia's "São João Bosco" parish in the Núcleo Bandeirante district which celebrated its 60th anniversary on 16 July. Don Bosco's urn will remain in the parish for worship by the faithful until July 23. It will continue its pilgrimage to various parishes until it arrives at the "Santuario Dom Bosco", where it will be on permanent exhibition. Brasilia was elected by the Rector Major, Fr Ángel Fernández Artime, to host the urn because of the strong bond between the city and Don Bosco who saw its construction in a prophetic dream.