Italy - Salesian students at work for the investigation into Salesian Accompaniment 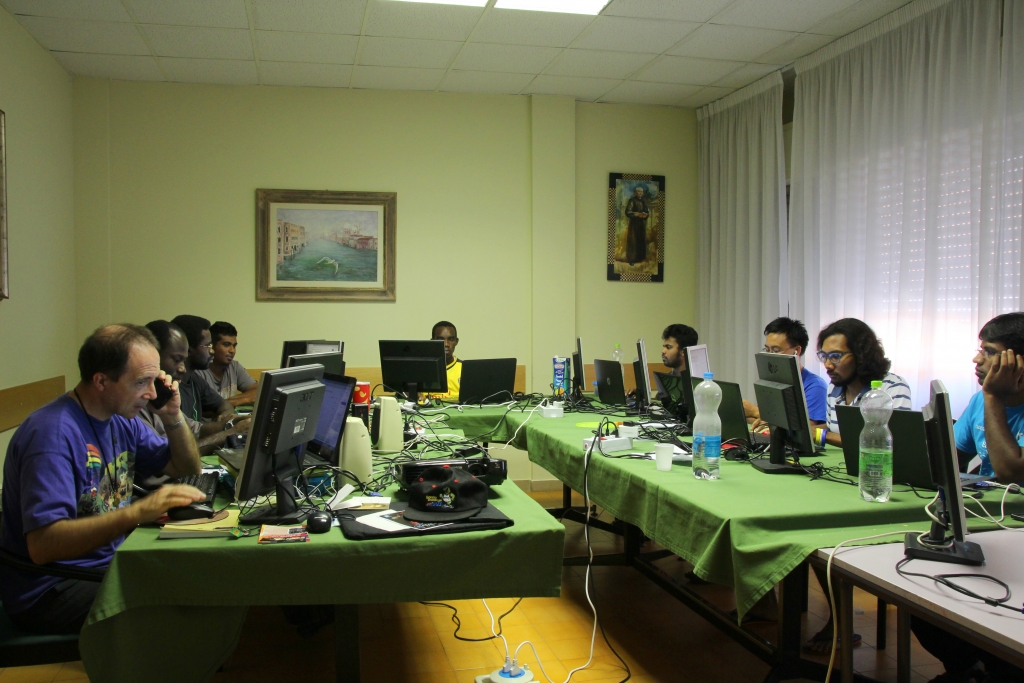 Rome, Italy - August 2017 - Eight Salesian students from Jerusalem, in Italy for a summer experience, concluded their ten-day service at the General House. After a total of 1,500 hours of work, just minutes before midnight on August 10, they added the last of the 3914 paper questionnaires on the Salesian Accompaniment received from all the Provinces across the globe onto servers. The procedure was accompanied by the 'online' solidarity of 224 Salesian volunteers who have generously contributed to this initiative these past two months.