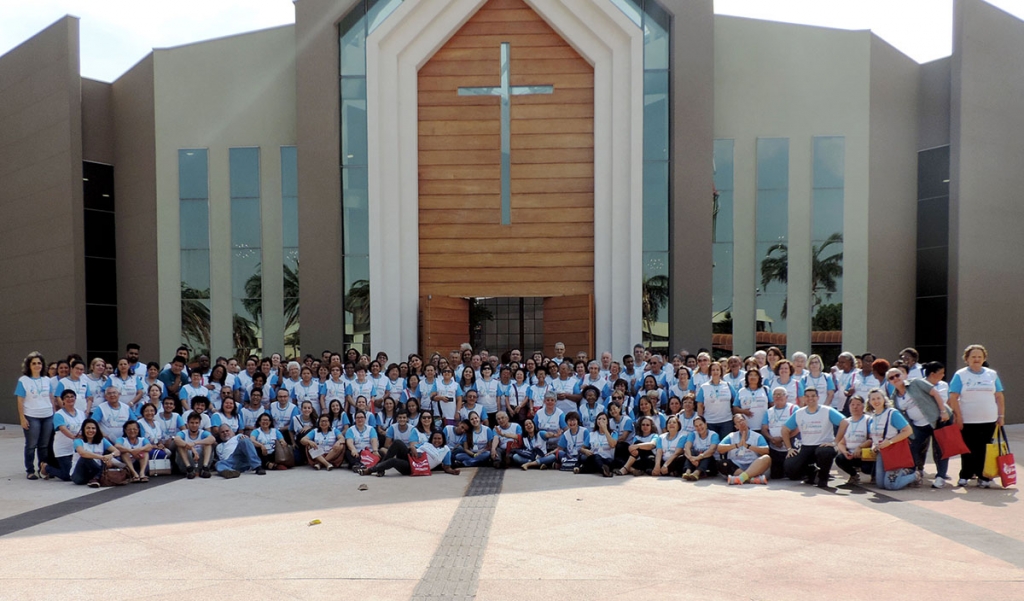 Campo Grande, Brazil - September 2017 - The National Congress of Mary Help of Christians, led by Fr Pierluigi Cameroni, World Spiritual Animator of the Association of Mary Help of Christians (ADMA) and ADMA World President, Tullio Lucca, was held from 7 to 10 September at the Catholic University "Dom Bosco" in the Salesian Province of Campo Grande (BCG). The event was attended by 250 members of Brazil's ADMA and the Salesian Family of Brazil, in the presence of Fr Asídio Deretti, Provincial of Porto Alegre (BPA), and Fr Gildasio Mendes, BCG Provincial, who declared on September 8, "We are gathered at this national congress in this Marian year, celebrating the 100th anniversary of Our Lady of Fatima, the 300 years since the appearance of Our Lady Aparecida, Patron of Brazil, and the Feast of the Nativity of Our Lady."