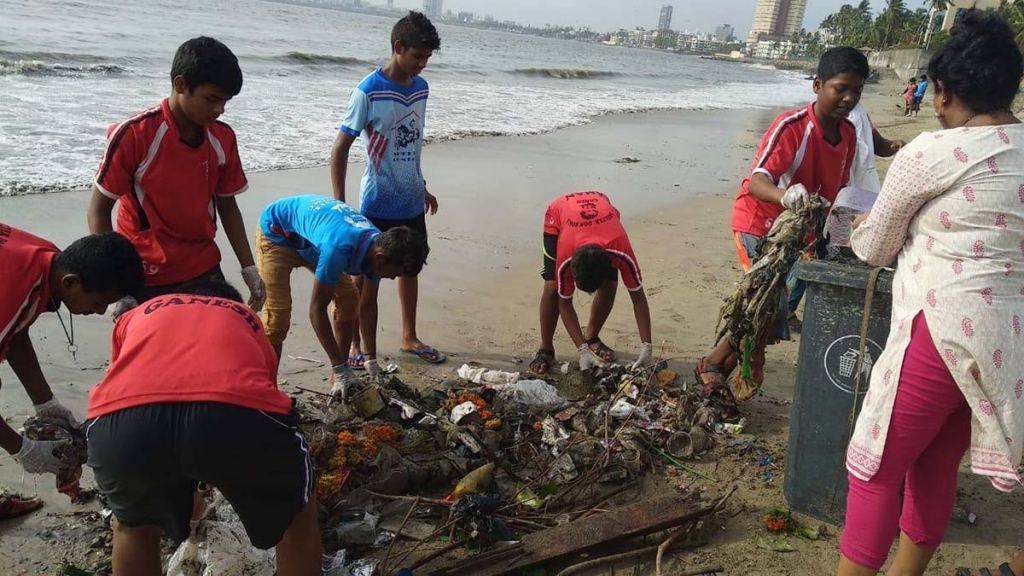 Mumbai, India - June 2018 - On June 8, young people and personnel of the Salesian "Shelter Don Bosco" of Mumbai celebrated World Oceans Day with an interactive training session, held by a German volunteer, on the importance of protecting the oceans, and with a cleaning mission on the beach in front of the "Shivaji Park" of Mumbai. The World Oceans Day was first celebrated in Canada in 1992, and later officially declared a UN World Day by the UN at the end of 2008.