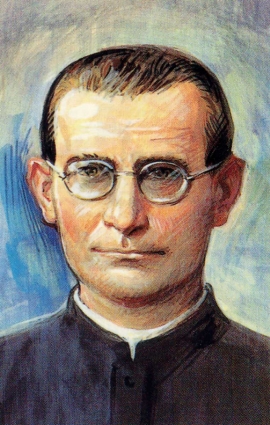 (ANS - Rome) - Today, April 6, 2020, is the XXVth anniversary of the Venerability of Fr Rodolfo Komorek, SDB, pronounced on April 6, 1995, by Pope St. John Paul II, who acknowledged the heroism of his life as consecrated to God in the Salesian spirit.

The Venerable Fr Rodolfo Komorek was born on August 11, 1890, in Bielsko (Poland). He was a priest in the diocese of Wroclaw. During the 1914-18 war, he was a military chaplain in the hospital and at the front. Taken prisoner in Trento by the Italians, he was able to mature his vocation to religious life in the Salesian Congregation where he entered for the novitiate in 1922. He aspired to be a missionary; in October 1924, he was sent to Brazil, not among the natives as he would have liked, but for the pastoral care of the emigrated Poles. He distinguished himself as an exceptional evangelizer and confessor. They called him "The Holy Father" and they said of him: "A man was never seen praying so much."

He passed through various Salesian parishes and communities. San José dos Campos was the last stop of his 25 years of mission, without ever returning to his homeland. He was happy to give to God, with generosity, the very last breath of his sick lungs. He spent the last few days in constant prayer. He died at 59.

The characteristic note of Fr Rodolfo Komorek is the radicality with which he wanted to strive for evangelical perfection. He was radical in self-mortification, in his donation to the service of others, in the most intense and uninterrupted fervor of prayer. Eager to live the Gospel message in its entirety, he never admitted half-measures, accommodations, reservations, compromises for himself. On the contrary, when the moments to live and experience became more critical, he did not loosen the evangelical grip of his efforts, but resorted to even more arduous sacrifices.

A true disciple of the crucified and risen Christ, Fr Komorek never turned back, he did not appear fearful, but rather as Don Bosco's true spiritual Son, he faithfully walked the rose arbor of his Salesian vocation and mission.

He is one of those candidates for the honors of the altars who, from the first morning of his life, opened himself to grace and corresponded to it with intense commitment until sunset, without resistance and with great docility to the Holy Spirit.