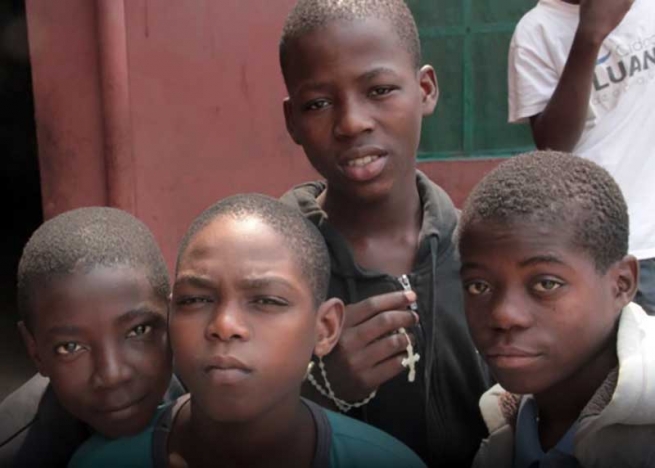 (ANS - Luanda) - The Covid-19 pandemic is putting global health systems, the resistance or resilience of peoples, and even solidarity, very much to the test. These are times when the most disadvantaged do not have the opportunity to earn any income; they have no food and do not have a home to live in. However, many people have been keeping hope alive through solidarity.

Like all countries, Angola has also closed its borders. The population shares the same suffering of others, namely, the state of emergency, confinement and restrictions on going out, measures taken by most countries to stop the spread of coronavirus. The dilemma is does one stay home or eat? "It's better to die of this disease or to be shot than to starve. I would never agree to starve," said one parent to the Infobae news agency.

An example of unity amid forced social distancing can be seen every day in Angola. In the capital, Luanda, considered one of the world's most expensive cities, although immersed in the most extreme poverty, the Salesians have been working for decades to search, gather and welcome the children who live on the streets. They are the "meninos de rua" and the Salesians very often are their only hope of redemption.

Several Salesian reception houses currently host nearly 300 minors: Casa Magone, Mamma Margherita, Anuarite, Kalakala ... These are centers that many young people who have passed through recognize and acknowledge as their home and family. Here, they found a place to sleep, water to wash with, clean clothes, food and the possibility of going to school.

In the face of the Covid-19 pandemic affecting the whole world, the Salesian missionaries in Angola have prepared themselves to protect the children of these centers. "The government has asked us to host another hundred street children in a new center, while the girls we brought them to the Daughters of Mary Help of Christians," explains the Salesian missionary Máximo Herrera.

Solidarity for these minors, many of whom go to the Salesian centers only to sleep, also came at the hands of Omar Mohamed, a Muslim baker. Coming from Mauritania, at the beginning of the quarantine he committed himself to donating bread to the Sons of Don Bosco and he is fulfilling his promise: "God will pay for this work," he said to the Salesians. And not only that, but a large sign on the door of his humble bakery shop invites everyone's solidarity, and being the first in setting a good example: "While everyone sells bread for 20 kwanzas, he sells it for 15," say the Salesians.