Vatican – The cause of the Servant of God Felice Canelli advances 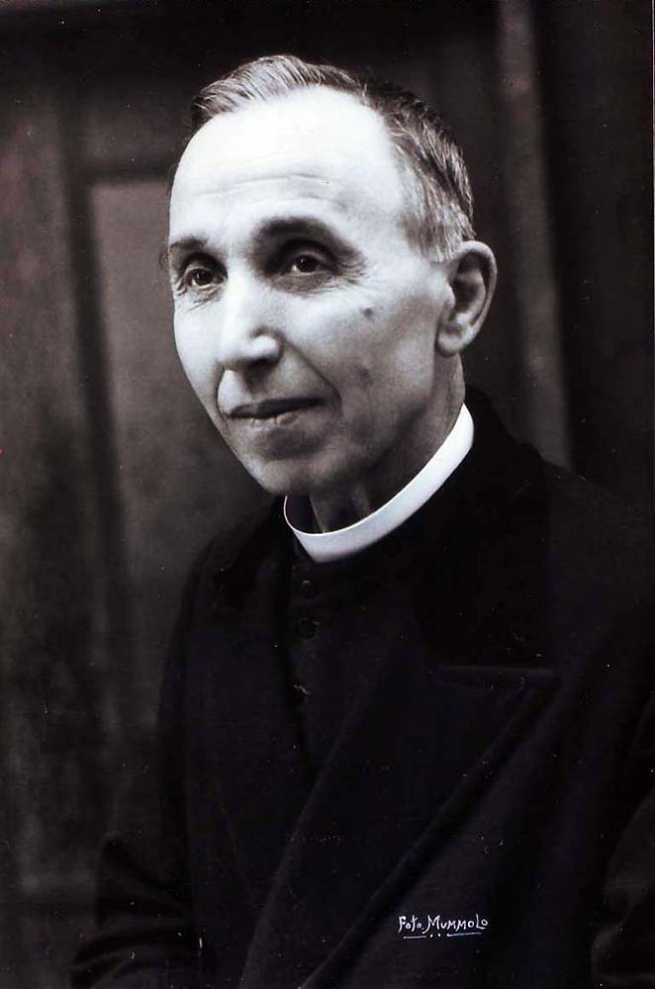 (ANS - Vatican City) - On 29 September 2020, during the special Congress of Theological Consultors at the Congregation for the Causes of Saints, a unanimous positive opinion was given regarding the heroic exercise of virtues, the reputation of holiness and signs of the Servant of God Felice Canelli (1880-1977), priest of the Diocese of San Severo (Foggia-Italy), Salesian Cooperator, whose Cause of Beatification is followed by the Salesian Postulation.

For this circumstance Mons. Giovanni Checchinato, bishop of San Severo (Foggia) communicated: “It is a cause of joy for us that a son of our land is on the way to the official recognition of the Church of his virtues and his reputation for holiness. A joy that is amplified by rethinking the fruitful and tireless life of the Servant of God, who really knew how to make the most of the gifts bestowed on him by the Lord, especially through the care of souls and constant attention and concern to the social problems of his land, which saw him passionately involved and willing to put himself at the service of his brothers and sisters, especially those most in need. Father Felice, continue to speak to our land and to our beloved Diocese, reminding us that only through the passion for the men and women of our time and of our land does the real possibility of making the passion for God real and current.”

The Servant of God Felice Canelli was born on 14 October 1880 in extreme poverty. The young mother, widowed, educates her children to trust in Providence. Felice's dream is to become a priest, but he is poor. The canon Fr Luigi Giuliani helps him materially and spiritually. He was thus admitted, from 1892 (and until 1903), in the seminary, where he was formed in the spirit of Leo XIII's Rerum Novarum.

On 6 June 1903, Fr Felice was ordained a priest. In 1905 with the arrival of Don Bosco's sons in San Severo, Fr Canelli prefers love for youth and the working class in his pastoral care and will remain Don Bosco's faithful son to the end. From 1909 to 1927 he was in charge of the Rectorate of Sant’Antonio Abate and together with the Salesian alumni of the "Circolo Don Bosco" he founded the local Azione Cattolica, the Partito Popolare. From the female youth of “Catholic Action” arises the "Ladies of St. Vincent" so that the Gospel of charity may be everywhere.

In 1927 he was appointed parish priest of Croce Santa, a parish in the extreme periphery: he remained there until his death. With the Pauline motto “omnibus omnia” he draws close to the poor to bring them to God and to promote them in their dignity. To respond to the poverty emerging in the Second World War, he multiplies charitable and welfare works in the diocese and parish. Consumed by the love for God reflected in the love for souls, Fr Canelli died on November 23, 1977, with his hands open and raised to Heaven and with the prayer of Glory on his lips and in his heart.