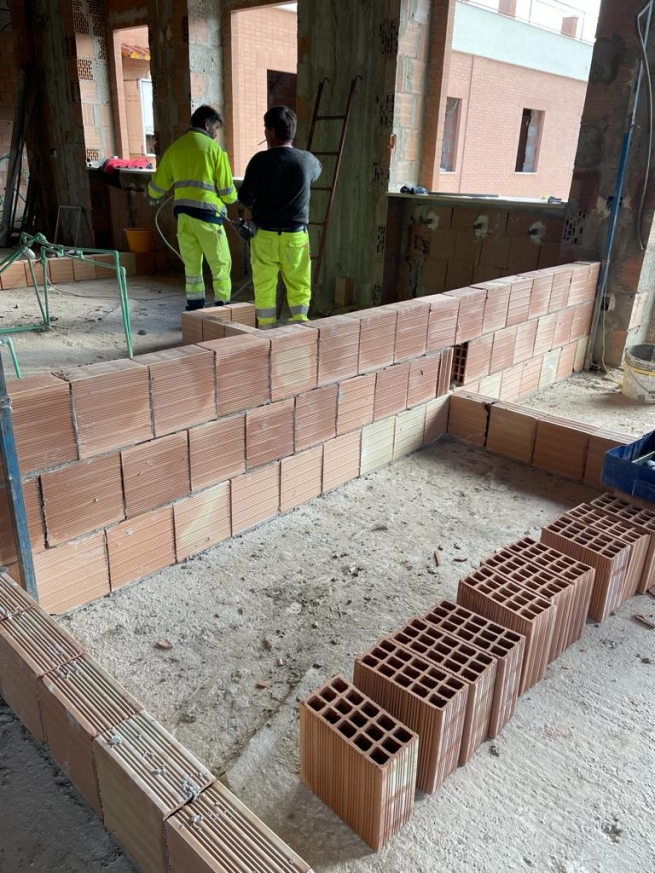 (ANS - Foggia) - The Salesians of Foggia, who have always been motivated by the desire to welcome, educate and care for the neediest young people according to Don Bosco's educational principles, have thought of a new initiative: a "Family Community" to welcome minors in difficulty. The project, which has already been approved and started, is nearing completion, but still needs the support of women and men of good will.

Don Bosco realized that "for many young people any effort would be useless if they were not given a place to stay". For this reason, in the Candelaro district of Foggia - one of the most difficult and with fewer opportunities in the Apulian city - the Salesians are present with a work that includes, in addition to the parish, the oratory and the association “Sacro Cuore ”, and which just over a year ago was embellished with an artistic mural representing Don Bosco, as a symbol of hope and redemption for the entire district and above all for the youth population.

“In a neighborhood lacking in educational opportunities, we will try to give more to those who have had less from life. Our future 'home' will be a small village in solidarity where education, love and sharing will be the 'glue' of the days,” explained Fr Antonio Carbone, Director of the Salesian community of Torre Annunziata and President of the Social Promotion Association "Piccoli Passi Grandi Sogni – Small Steps, Big Dreams" – an association that will be in charge of managing the new structure and that already animates seven of them: two in Torre Annunziata (Mamma Matilde and Peppino Brancati), one in Caserta, one in Naples, and the other three in Puglia: in Bari, Cisternino and Corigliano d'Otranto.

“Whoever loves, educates and welcomes is the fil-rouge that accompanies our service as Salesians in Foggia. We propose to take care of children, young people, of those situations that require greater educational attention,” added Fr Luigi Cella.

The inauguration of the structure is scheduled for the end of May, the actual start of the activities in the summer. The work will also be carried out thanks to the help of the General House of the Salesians, the DON BOSCO NEL MONDO Foundation and a public contribution from the Puglia Region. To cover all expenses, in particular, for the purchase of the kitchen and furnishings, the "Piccoli Passi Grandi Sogni" association has also promoted an online fundraiser.