Vatican – World Mission Day 2022: "You shall be my witnesses" 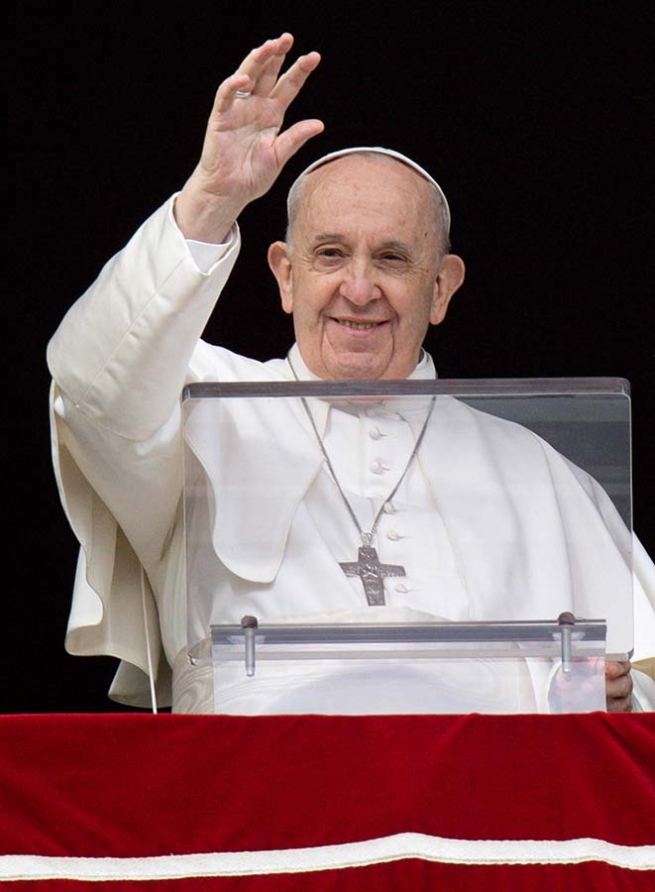 (ANS - Rome) - On the occasion of the Solemnity of Epiphany, yesterday, 6 January, Pope Francis released the Message for the 2022 World Mission Day, which will be celebrated on Sunday 23 October on the theme "You shall be my witnesses" (Acts 1:8).

The title of the message refers to the Risen Jesus' last conversation with his disciples, before ascending to Heaven ("You shall receive power when the Holy Spirit has come upon you; and shall be my witnesses in Jerusalem and in all Judea and Samaria and to the ends of the earth") and the Pope analyzes the different segments of this verse to illustrate the foundation, the ends, and the modalities of action of each missionary.

Starting from the central passage, "you shall be my witnesses", the Holy Father recalls the bond between every missionary and Christ himself, "the first to be sent, as a missionary of the Father", "His faithful witness", and remembers that the Church’s sole mission is to bear witness to Christ.

Secondly, the Pontiff underlines the plural form of the exhortation "you shall be my witnesses". It speaks of the community-ecclesial dimension of the missionary call, and expresses the fact that no missionary acts alone and on his behalf, but in every circumstance, "performs an act of the Church," as Pope Francis says citing St. Paul VI.

Again, the Pope highlights how the disciples are sent by Jesus to the world “not only to carry out the mission, but also and above all to live the mission entrusted to them; not only to bear witness, but also and above all to be witnesses of Christ." In this sense, Francis emphasizes the importance of coherence of life, because - citing Paul VI again - “Modern man listens more willingly to witnesses than to teachers, and if he does listen to teachers, it is because they are witnesses.” Yet, he also reiterates the centrality of the explicit announcement: “In evangelization, then, the example of a Christian life and the proclamation of Christ are inseparable. One is at the service of the other. They are the two lungs with which any community must breathe, if it is to be missionary.”

Moving on to the segment “to the ends of the earth”, the Holy Father highlights the “centrifugal geographical expansion, as if in concentric circles, of the mission, beginning with Jerusalem, which Jewish tradition considered the centre of the world, to Judea and Samaria and to the ends of the earth”, which manifests the universal character of the Church and of the mission, and which renders a beautiful image of the Church going forth; and at the same time, he emphasizes that the missionaries “are not sent to proselytize, but to proclaim.”

Looking at today's social reality, the Pope also notes that more and more often, due to migration, the presence of the faithful of various nationalities enriches the face of parishes and makes them more universal, more Catholic; and consequently, he indicates that the pastoral care of migrants is a missionary activity not to be neglected.

And again, he points out how the ends of the earth are not only the geographical ones, but always include the new geographical, social, existential horizons, towards the places and human situations of the border, where witness is made to the love of Christ towards men and women of all peoples, cultures, social states.

Finally, in the last part of the message, the Pontiff highlights where the missionary can draw energy, strength and stimuli. It is the part dedicated to the passage “You will receive the strength from the Holy Spirit”. Indeed, He is always the protagonist of the mission, He who was able to give “strength, courage and wisdom” to the first disciples, who “had previously been weak, fearful and closed.” Hence the reference of Francis to cultivate the life of prayer, which, he emphasizes, - has a fundamental role in missionary life.

And in fact, at the end of the message, the Pope gives the examples of the Congregation for the Evangelization of Peoples, the Work of the Propagation of the Faith, the Society of the Holy Childhood and the Society of St. Paul the Apostle important organs of support to the evangelizing mission of the Church, which in 2022 celebrate significant anniversaries) as a reality sprung from the Holy Spirit, who “guides the Church” and “inspires even simple men and women for extraordinary missions.”

The complete text of the Message is available on the website of the Holy See.