Spain - Canonical Coronation of Mary Help of Christians in Algeciras 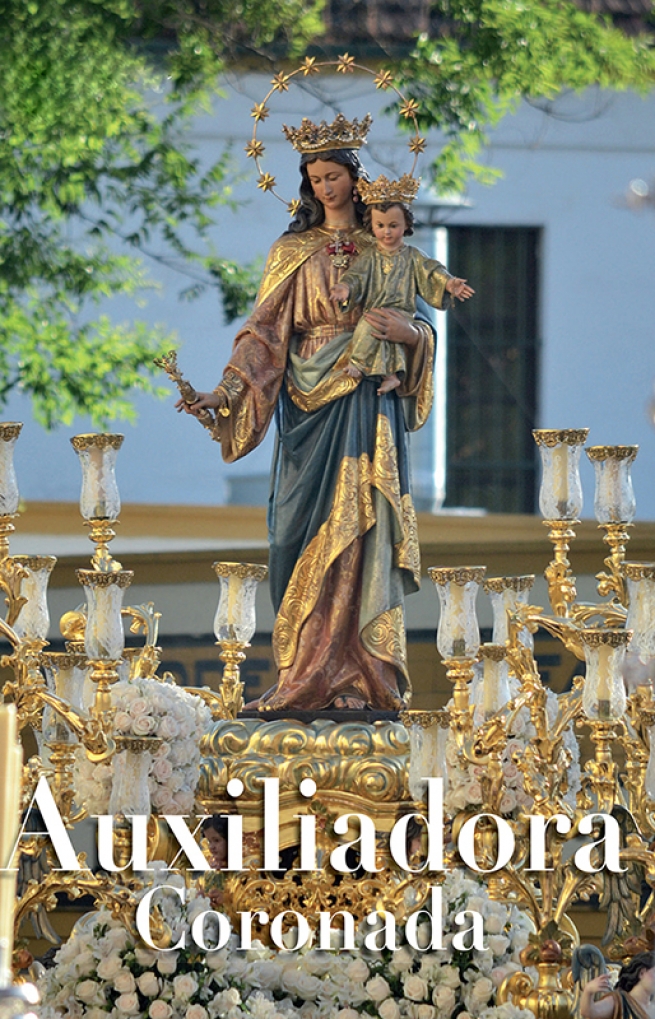 (ANS - Algeciras) - Last July 1st, in the María Cristina Park of Algeciras, during a solemn Eucharistic celebration presided by the Bishop of Cadiz and Ceuta, Msgr. Rafael Zornoza Boy, the "Canonical Coronation of Mary Help of Christians" was celebrated.

The Salesian Congregation thus sees the many months of hard work spent on obtaining credit from the bishopric rewarded, but above all it can thank all those who have made this devotion's continuous growth for more than a century possible.

Mayor José Ignacio Landaluce Calleja participated in the Honorary Committee, symbolically chaired by King Felipe VI, and also constituted by the ecclesiastical authorities of the Campo de Gibraltar and Algeciras, and representatives of various Religious Congregations and Institutions.

Fr José Antonio Perdigones, Director of Salesian Works of Algeciras, declared that the incoronation is "no doubt a recognition to all the Salesians who forged the devotion of this city to this particular Marian appellative."

One of the requirements for achieving Canonical Coronation is that a specific Marian devotion is particularly widespread among the population; on this, continued Fr Perdigones, "the one responsabile is the city of Algeciras, which does not pay homage to Mary Help of Christians only on May 24, but throughout the year!"

Members of the Association of Mary Help of Christians (ADMA) obviously celebrated this event with joy and called it "a precious gift", said the local ADMA President Juana González.

The Mayor congratulated the Salesians also for the beauty of the celebration, saying that it was "a historic moment for the whole city of Algeciras, where the inhabitants of neighboring towns and tourists went into the streets to accompany the Statue of Mary Help of Christians already crowned."

After the function, which gathered numerous representatives of the various Salesian works of the Province of Spain Mary Help of Christians (SMX),  the solemn procession took place led by Fr Cristóbal López, Provincial.

Finally, on the evening of July 3, in the parish of "Maria Ausiliatrice and San Isidro" a mass of thanks was celebrated in which a mosaic (azulejo) commemorating the Canonical Coronation was blessed, the artistic piece by Joaquín Soriano.