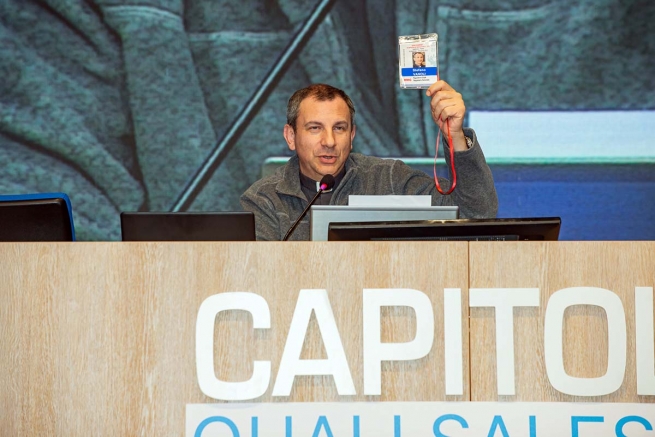 What is the Regulator's job?

The tasks entrusted to the Regulator essentially concern two moments: the preparatory phase and the celebration / development phase of the General Chapter. It becomes the point of reference for the fulfillment of a series of juridical duties that each Province must honor. A responsibility that fortunately can count on the experience of those who have already held this role before me and on other very valuable collaborators who, since the day of my appointment, have given and are giving their precious contribution, together with their prayers.

What does the theme ask?

"What kind of Salesians for today's young people?" is the title given to the 28th General Chapter. It is a unitary theme but divided into three groups: the priority of the Salesian mission among today's young people, the profile of the Salesian for today's young people, the mission and the formation shared between Salesians and lay people. Therefore, we need to analyze these aspects in depth in order to define and redefine the "face" of the consecrated Salesian of 2020. To achieve this goal we must necessarily start from the young who are the "theological place" in which, like Don Bosco, we too are called by God.

Today, moreover, it is not conceivable to understand or define the figure of the Salesian without a direct reference to the great valorization that, from Vatican II onwards, has been given to the laity.

The two "poles" - youth mission and mission and formation shared with the laity - bring out the profile of the Salesian who, among other things, asks for:

a) a clear and constant reference to the figure of Don Bosco that goes beyond mere anecdotes and which once again penetrates the sense of da mihi animas coetera tolle;

b) quality formation guaranteed by the presence of qualitatively constituted teams, especially in initial formation, and by a continuous response to the Lord's call;

What are the particularities of this edition?

The first concerns the participation of 21 young people from the seven regions of the Congregation. They will participate, with the right to speak, in an entire week of chapter work and will give their contribution on the topic of the priority of the youth mission today.

The second concerns the participation of a dozen lay people chosen from various parts of the Salesian world, called to offer their contribution to the core of the mission and formation shared with the laity.