Italy - The heart of St. Francis de Sales in Moncalieri 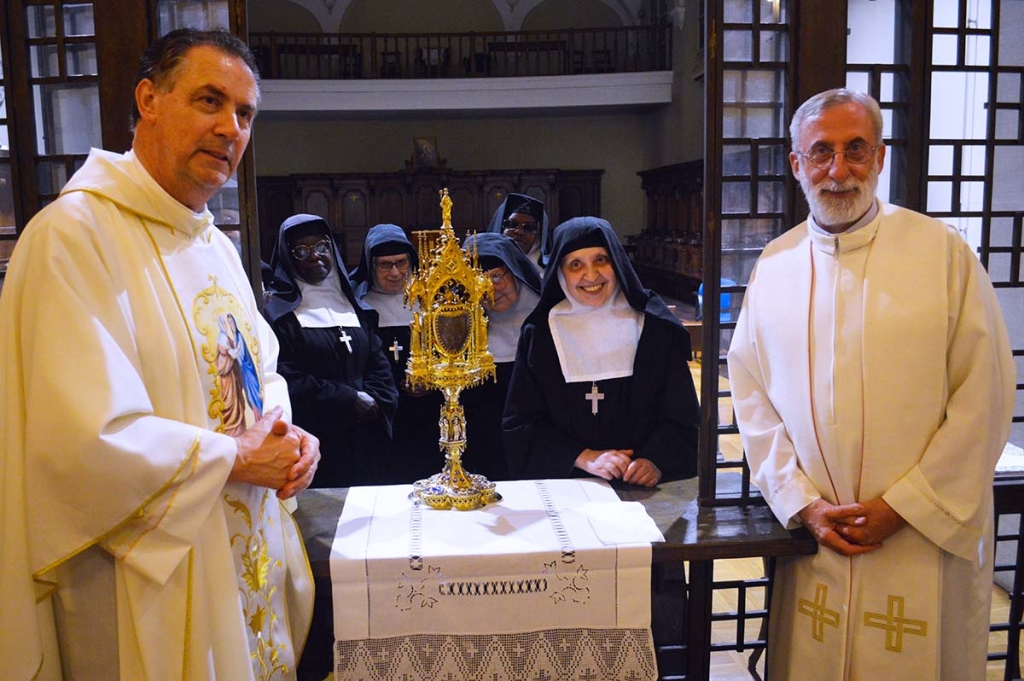 Moncalieri, Italy - June 2022 - On June 16 and 17, the Monastery of the Visitation in Moncalieri hosted the relic of the heart of St. Francis de Sales normally kept in the monastery of Treviso, which sent it to celebrate the fourth centenary of the saint's death. Arriving from the monastery in Pinerolo, the relic stayed two days in Moncalieri, where it was welcomed and venerated by many Christians, religious men and women on Thursday evening in a celebration specially organized for them. On Friday, June 17, at 8:30 p.m. the Rector Major, Fr. Ángel Fernández Artime, presided over the solemn Mass concelebrated by ten priests, most of them Salesians, including the General Councilor for Formation, Fr. Ivo Coelho. A large choir animated the liturgical prayer and the Monastery church, which was packed with faithful, mostly belonging to the Salesian Family. In his homily, the Rector Major posed the question that forms the backdrop of a Christian life, "At what point is my faith?" and then reread it in the gestures of love that express it: love of God and neighbor, exactly as St. Francis de Sales educated his "Visitandine" by telling them, "In the love of God and in charity toward our neighbor this little congregation should be second to none." The community of nuns participated in every way, in the way that enclosure allowed them, but with the great closeness of affection to the people of God who had been convened. Prayer then gave way to ritual photos and personal greetings to the Visitandine nuns, who provided refreshments for all participants.