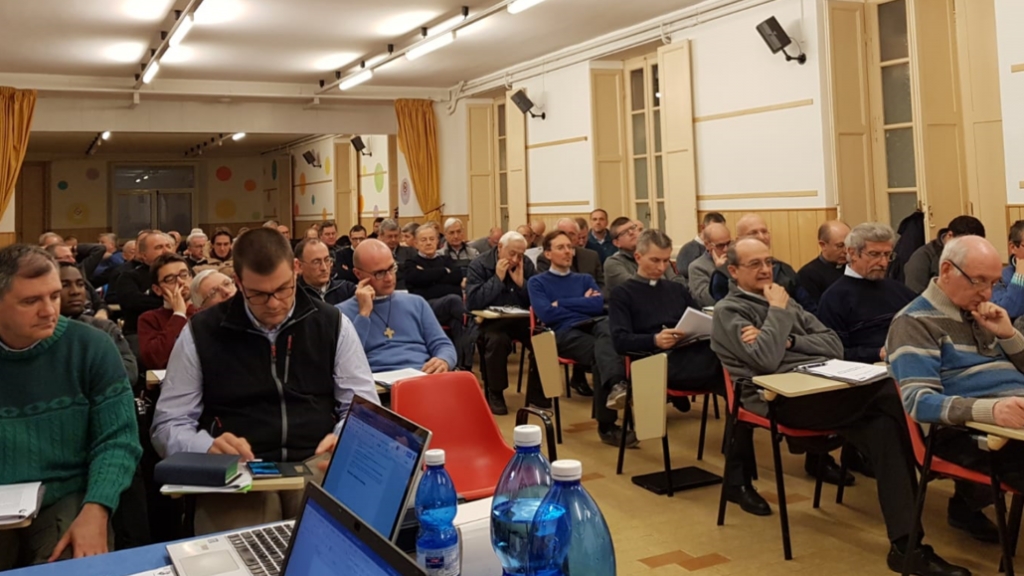 Muzzano, Italy - December 2018 - From 26 to 29 December there was a working session of the Provincial Chapter of the Circumscription of Piedmont, Valle d'Aosta and Lithuania (ICP), whose governor is Fr Luca Barone. From September to December 2018, a series of data were collected from the 35 houses of the ICP Province, from the various sectors of the centers, from the 1581 young people involved and from the young Salesians, data then interpreted by the 90 members present at the meet, in a climate of useful discussion and debate, with the aim of seeking the good of the young and reflecting on the figure of the Salesian of the future. Also, elected in this session were the three ICP delegates to participate in the GC28, scheduled in Turin in 2020.