Ecuador – "Starting from cinema we answer to pastoral care" 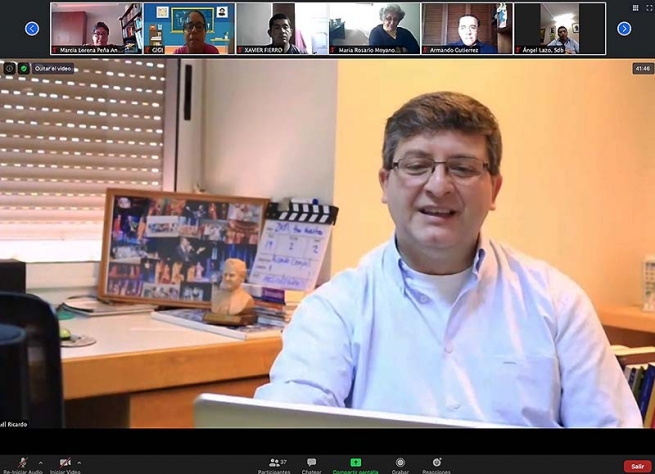 (ANS - Quito) - For the Salesians, the media play a fundamental role in the mission of educating and evangelizing young people. It is a legacy received directly from Don Bosco, through the letter on the good press, and which continues to bear fruit even today, as in the case of "Zatti, hermano nuestro", the film released on 11 July last, whose screenwriter and director is Fr Ricardo Cámpoli, SDB.

To find out more about this production, on Friday 24 July, the Salesian Social Communication Office of the Ecuadorian Province (ECU) organized an international online conference entitled "From idea to production". More than 40 participants connected, including Salesians, trainees, members of the Salesian Family and collaborators, from different communities and works, from Ecuador, Colombia, Peru, Bolivia, Uruguay and Argentina.

The meeting's moderation was entrusted to Marcelo Mejia, ECU Communication Delegate. The first speaker was Fr Gildásio Mendes dos Santos, General Councilor for Social Communications, who recalled how the film represents an invitation to embrace the value of holiness as the primary message of the educational and evangelizing mission carried out by the Salesians together with the young people of the whole world.

"The film about Zatti is a work of art and communication with which one can know the greatness of this Salesian, and in which one also sees the importance of communication to leave communities with a legacy on life and history of these characters," said the General Councilor, underlining the artistic, spiritual and Salesian value of this movie.

Subsequently, Fr Francisco Sánchez, ECU Provincial, spoke of the importance of following the path of the Salesians who, like Zatti, have dedicated their whole lives to serving others. And he added: "To propose to young people that the Salesian charism is worthwhile and that holiness can be achieved is a challenge that we must take on."

In the course of the work, Fr Cámpoli revealed the details of the film locations, the period of the filming itself, the investments necessary for the movie production, the difficulties that arose along the way, but also the joys experienced during the filming. "Along the way, there was always a common thread: the passion of the Salesians for young people, to announce the Gospel to them, to encourage them to do good, to walk with them so that they discover Jesus ... Here all the media play a fundamental role."

Cinema is undoubtedly a means of responding to current pastoral challenges, which is why Fr Cámpoli intends to continue to work in the sector: one of his future projects is to tell the life of Blessed Laura Vicuña.