Tunisia – Celebrations and a book in memory of Fr Marek Rybinski, SDB, 10 years after his murder 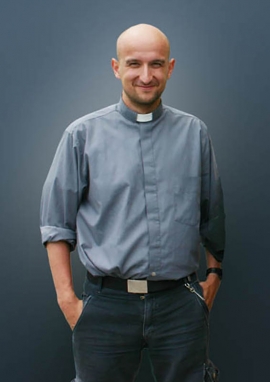 (ANS - Manouba) - Ten years have passed since the death of the Salesian Fr Marek Rybinski, a native of Poland and a missionary in Tunisia. He was killed on February 17, 2011, during the "Jasmine Revolution", as the Tunisian uprising of January 2011 was called, which began the controversial season known as the "Arab Spring". The crime, committed by a person who knew Fr Rybinski and who is currently serving a life sentence, took place for economic reasons, without the slightest religious or political motive.

That tragic episode greatly shocked Tunisian and international public opinion and certainly the sacrifice of this missionary of Don Bosco fertilized the Tunisian Church in its journey lived together with the Muslim people, who have always expressed much solidarity and gratitude for the gift of life made by the Polish missionary to the land of Tunisia. A gesture that has not been forgotten.

In fact, from 16 to 18 February, on the tenth anniversary, several events, obviously small in times of pandemic, are expressing the memory and gratitude of the Tunisian Church and of Muslim friends for Fr Rybinski.

The late Salesian was commemorated yesterday, Tuesday 16 February, with a celebration in the cathedral of Tunis, presided over by the archbishop, Msgr. Ilario Antoniazzi, and with a commemoration by a Polish embassy official.

Furthermore, today and tomorrow his memory will be honored in the Salesian school of Manouba, near Tunis, where he worked for 4 years and where he left works and indelible memories in many people.

Also, and importantly, a new book is officially being presented and released, entitled COME MAI? UN SALESIANO PRETE IN TUNISIA (How come? A Salesian Priest in Tunisia), curated by Salesian Fr Giuseppe Ruta, former Provincial of the Salesian Province of Sicily, to which the Salesian house in Manouba belongs.

The text collects Fr Rybinski's own writings and memoirs which had previously been published in Polish. In the intentions of the book's editor and the donors who made it possible to publish it, for Elledici, it wants to be a tribute not only to the missionary and to his sacrifice made for love of God and the recipients of his mission, but also to the welcome and fraternity that Tunisians have always shown to the children of Don Bosco and their presence in Tunisia. A presence that, through education, wants to contribute to the growth and maturation of a people who have embarked on a tiring but necessary path towards democracy and the common good.