Pakistan – With a large and multifaceted international effort, Salesians benefit more than 1,200 people affected by floods 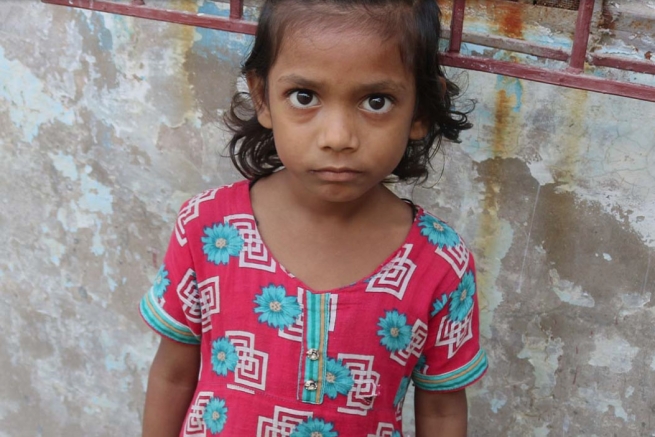 (ANS - Lahore) - Pakistan is still counting the victims and damage from the monsoon rains that killed more than 1,500 people in late August, leaving at least half a million Pakistanis homeless and one-third of the country underwater - lakes hundreds of kilometers long and dozens wide formed. More than 1 million homes and about 3,000 kilometers of roads were damaged or destroyed. More than 1 million animals killed, crops wiped out. The government said a total of more than 33 million people were affected and quantified the damage as at least $10 billion.

The Salesians responded immediately to the emergency, giving themselves and asking for outside help to increase opportunities to help those in need. For example, Salesian coadjutor Br. Piero Ramello, a native of the Piedmont and Aosta Valley Special Circumscription who has been a missionary in Pakistan since 2020, immediately contacted "Missioni Don Bosco," the Salesian Mission Office in Turin, which in turn took immediate action, ensuring that the needy in Pakistan would receive initial help through its emergency fund.

"With the funds received from 'Missioni Don Bosco,' from 'Misiones Salesianas' of Madrid, from the Salesian Mission Office of South Korea, and from Switzerland, we won't be able to exactly support all the families who had asked for help and who were included in the 'Flood emergency in Sindh and Punjab' project, but a good part of them, yes!" reports Br. Ramello gratefully.

He then continues: "Between Jacobabad, Sukkar, and Shakarput we’re reaching 100 families with a total of 720 people, including many children and adolescents. In the city of Sukkar, the money has been delivered to the parish priest and the distribution has been taken care of directly by the parish; in Jacobabad and Shakarput the distribution is taken care of directly by the Salesians in Lahore who, with the help of some past pupils and older boys from the boarding school, are in charge of delivering the material, avoiding gatherings and trying to make the recipients comfortable."

A similar project, supported by funding from "Don Bosco Mission Bonn," the German Salesian Mission Office, is being led by the Salesians in Quetta for the Belucistan Province.

"Through the two initiatives, the Salesians in Pakistan are bringing relief to more than 1,200 people," Br. Ramello concluded.

And now, with the first intervention initiatives over, "Missioni Don Bosco" is working to continue to stand by the people.