Democratic Republic of Congo - Save the "child witches" 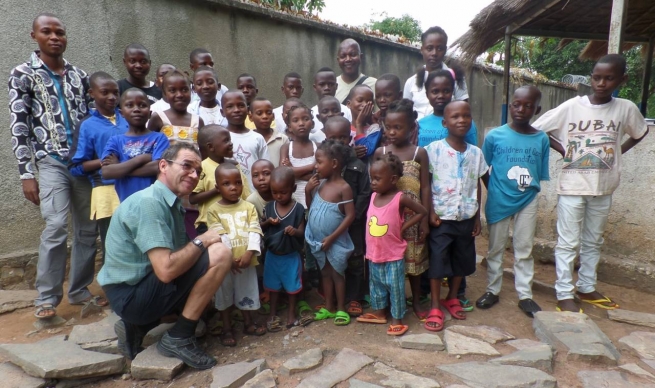 (ANS - Mbuji Mayi) - Thirty children, taken hostage and accused of witchcraft, were forced to take refuge in a house to avoid being burned alive by an enraged mob. An incredible story today, in 2016, but unfortunately not so rare in the Democratic Republic of Congo, where for many years the Salesians have been trying to safeguard these children from the madness of some people.

When I got back to Mbuji Mayi, thirty children were waiting for me. They had been taken hostage and some people wanted to burn them on charges of witchcraft. These were children aged between 3 and 14. They were in an orphanage set up and maintained by a village woman who no longer lived in that house but in another city. The village chief was not happy with their presence, because they had not offered him a “gift” from what they received.

Some time later, one of the villagers died. The village chief took advantage of the situation and turned the community against the children, claiming that they were guilty, not only of this, but also other adverse events that occurred in the village. The orphanage staff had to flee from the wrath of the crowd and some of them were assaulted. The mob surrounded the house and the children were locked in for three days without water.

This story was told to me by the Juvenile Judge on the evening of my arrival. We decided to try to find a way to bring them to our Don Bosco Centre and we devised a plan. The next morning we rented a van and we brought it near the house where the children were. A group of policemen was then sent by the judge to stand in front of the house where the chief of the village and the community were gathered. The mob was distracted by the arrival of the police and did not notice the children escaping from the house. We got them quickly unto the bus that was hidden, waiting for them.

The children still do not understand why they risked death, either because they could not leave the house to fetch water and food, or because the crowd was screaming at them "witches, snakes, burn them!"

Now they are in a safe place where they can run and play and go to school. Praise be to God and thanks to you!

There are many innocent children who still need us.