Italy - Don Bosco can not be stolen 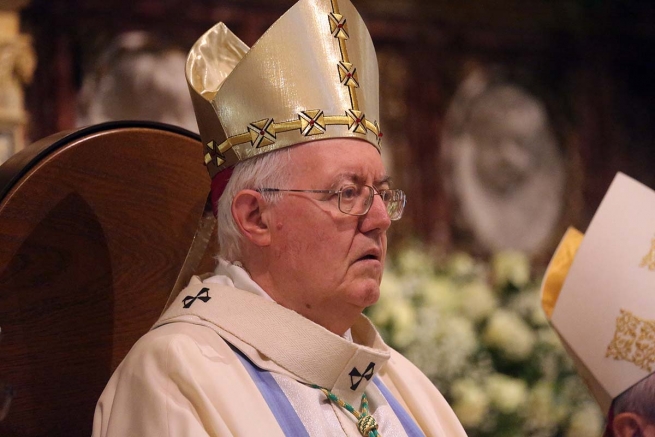 (ANS - Turin) - Three days after the sacrilegious robbery of the relic of Don Bosco from Colle Don Bosco, and while investigators continue their investigations to find it, the Salesians who animate the Basilica thank all those who have expressed their support with regard to the event. Special thoughts were expressed by Msgr. Cesare Nosiglia, archbishop of Turin, who on Sunday, June 3, urged all priests of his diocese to remember the Salesian community during the Masses of Pentecost Solemnity.

"The news of the theft of a relic of St. John Bosco from the Temple of Castelnuovo is one that you would never want to hear," the archbishop wrote in a statement. “Because it makes us think of a profound moral misery of one who would take away a 'sign' that has been left and preserved for the devotion and the faith of everyone."

"The Church of Turin is close to the Salesian Community” - continues the prelate's message - “(...) Don Bosco was the priest of this diocese: only two years ago, we celebrated, along with the exposition of the Shroud and the visit of Pope Francis, the 200 years since his birth."

After exhorting his priests to commemorate the Salesian community in the Mass of the Pentecost, Msgr. Nosiglia concluded by inviting those who took the relic to return it "immediately, and without conditions: so that this painful page can be turned, and we can duly continue to honor Don Bosco's memory in his rightful birthplace."

Meanwhile, the Salesians of the Colle Don Bosco community have expressed their gratitude for the attention, the prayers and the signs of solidarity received via e-mails, messages and phone calls.

Fr Luca Barone, Director of the Community, made special mention of the support expressed by the Archbishop of Turin, the Rector Major and his Vicar, the Regional Councilor, Don Stefano Martoglio, the Inspector of Piedmont and Valle d'Aosta, Fr Enrico Stasi as just some of the "many from all over the Salesian world" who "have expressed their sympathy."

Meanwhile from Colle Don Bosco, the Salesians report that the Carabinieri are investigating the case and, as confirmed by Don Ezio Orsini, Rector of the Basilica, who immediately after the theft said ("we are also confident that one may steal a relic of Don Bosco, but one cannot steal Don Bosco"), the pilgrimages of the faithful continue with devotion and composure.