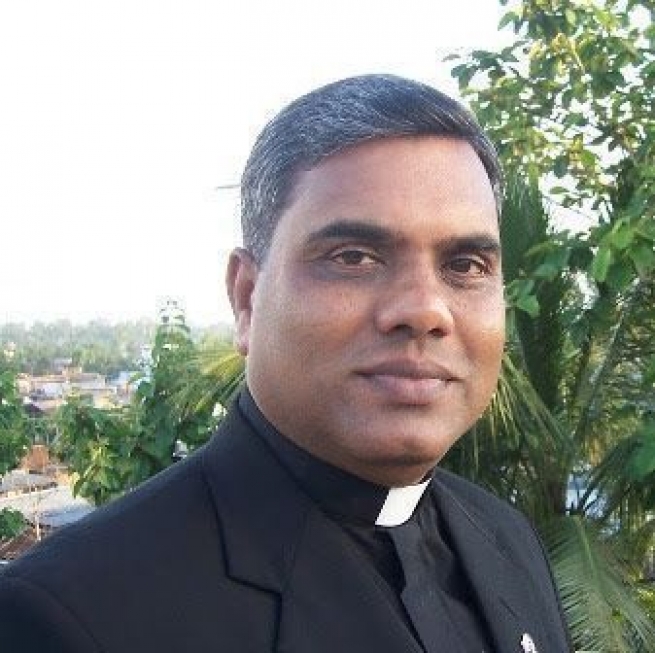 (ANS – Shillong) – Father James Poonthuruthil SDB, Rector and Professor at Sacred Heart Theological College Shillong and former Provincial of Dimapur Province, passed away on January 21 at NEIGRIHMS (North Eastern Indira Gandhi Regional Institute of Health and Medical Sciences) in Shillong, Meghalaya, after being seriously hurt in a road accident on 14 January while travelling from Shillong to Guwahati in Assam. He would have turned 63 on January 27.

The Tata Nano car he was travelling in rammed into a stationery truck on NH-6 at Umsawnongkharai near Nongpoh in the Ri Bhoi district of Meghalaya. The police, along with sisters and fathers of Nongpoh parish, rushed the injured first to Nongpoh Civil Hospital and later to NEIGRIHMS.

The team of doctors at NEIGRIHMS conducted surgery on him to stop the swelling and brain hemorrhage.  On Friday, 19 January, a tracheostomy was also performed. But he responded little to the round the clock medical attention that was given him. He passed away at 7:55 PM, 21 January.

Father  Poonthuruthil, the former Provincial Superior of Dimapur Province, with a doctoral degree in Moral Theology from Alfonsiana, Rome, with the thesis ''Towards Responsibility: A Study of Erik H Erikson's Theory of Psychosocial Development and Viktor E Frankl's theory of Logotherapy'' served the Church in Northeast India in various capacities.