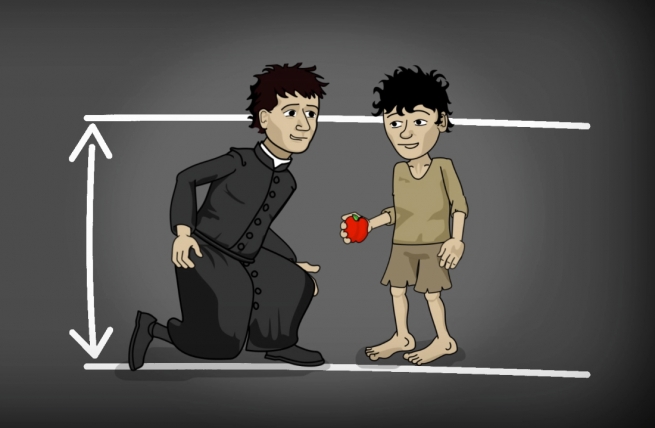 (ANS - Hildesheim) - If you type "Don Bosco" on Google, the search engine delivers nearly 28 million results, of which about 480,000 are videos on YouTube. The amount of information available on the founder of the Salesian Congregation is immense. Now, specially designed to summarize and clearly encapsulate the most essential information about Don Bosco, a new series of short animated videos is being produced.

"But there is more," explains Fr. Alfons Friedrich SDB, Managing Director of the Salesian Publishing House "Don Bosco Medien S.A", Munich. "With videos we want to both inform and entertain people at the same time. Nowadays people don't really want to read texts that are too long, or boring. Instead of reading, they prefer watching videos; if they're short, all the better."

The Salesian publishing house is developing the project in collaboration with a television production company in Hildesheim, Germany. "The idea of producing these videos isn't new, of course, but we believe this is the most appropriare time for them, the time also to explain complex problems or the lives of the saints, as in the case of Don Bosco, for example, which otherwise would be difficult to transmit and make appealing for a general audience."

With these videos on St. John Bosco, the Salesians and the Daughters of Mary Help of Christians wish to offer new German-language digital productions for Germany and Austria, especially to those who have never heard of Don Bosco.

In fact, the project does not target a specific group of people – regardless of age - but to a larger audience. "With this type of short film we want to reach a wide audience that covers all ages, and the videos we wish used in religious formation, in parish ministry with adults, in formative moments, infotainment on Don Bosco, the Saint of Youth, in other words," adds Fr Friedrich.

The first short film produced is on the life of Don Bosco and has a duration of 3:54 minutes. In view of the upcoming feast of St. John Bosco on January 31st, it was released last week.

Other short films being produced include: the life of Maria Mazzarello, the pedagogy and spirituality of Don Bosco, and other topics.