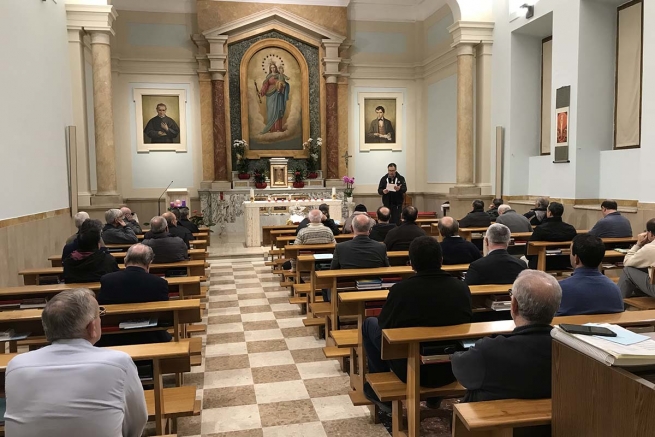 (ANS - Rome) - On Monday 17 December, on the eve of the 159th anniversary of the founding of the Salesians, the Rector Major, Fr Ángel Fernández Artime, during a "goodnight" to the "Saint Joseph" community presented a letter that informed participants of "an important decision that I have taken together with the General Council regarding the definitive placement of the Salesian headquarters, which will be in the Sacro Cuore."

Undoubtedly, the decision to choose the "Sacred Heart" as the Salesian Central Seat entailed an intense dialogue with the Salesian District of Central Italy (ICC) and the CISI National Center, and the transfer of pastoral activities by the year 2020.

The Rector Major also said the Central Office will assume the pastoral services related to the "Sacred Heart" basilica and to the young immigrants, as well as the animation of the "Don Bosco rooms", as part of the Salesian sites.

In the letter sent by the Rector Major to the Salesians and to the Salesian Family all over the world, the whole procedure that was followed and matured into this historic decision, its processes and the timing of implementation, are specified in detail.