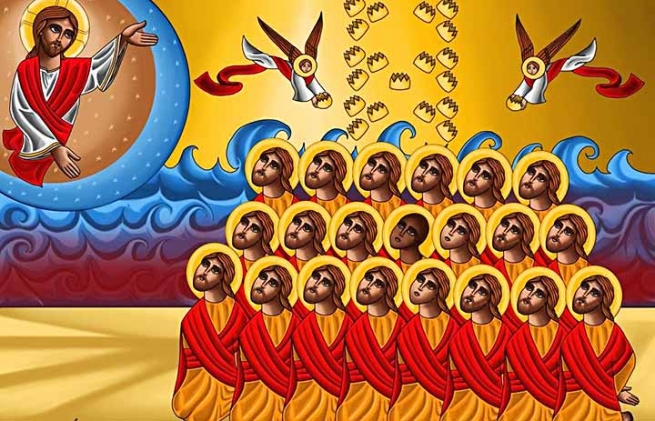 (ANS - Rome) - "The Son of God became man so that we men could become children of God. This is the reason for our hope and our peace." Thus formulating his best wishes for Christmas, directly from Bethlehem, is Fr Alejandro León, SDB, Salesian Provincial of the Middle East. Yet for many Christians it is impossible to openly manifest the reason for their hope. The Christmas of those who can openly celebrate it, then, must also remember the Christians persecuted for their faith.

Pope Francis once said, during the morning Eucharist in the chapel of the Casa Santa Marta: "Let us think of the many brothers and sisters who today cannot pray together because they are persecuted for it, that they cannot possess the Gospel or the Bible because they can be persecuted for them. Let us think of these brothers and sisters who cannot go to Mass because it is forbidden to them. This happens today."

Religious persecution is a reality that Pope Francis recalls regularly, imploring us to pray and act, rather than remain silent and uninformed before such injustices: "I cannot but recall the many cases of injustice and persecution that daily afflict religious minorities, and Christians in particular, in various parts of the world. The communities and individuals today find themselves subjected to barbaric acts of violence: they are evicted from their homes and their lands of origin, sold as slaves, killed, beheaded, crucified or burned alive, under the shameful and complicit silence of many."

Before celebrating this Christmas 2018 it may be useful to remember some statistical data:

–       since Jesus ascended into Heaven, 43 million Christians have become martyrs;

–       currently over 200 million people face persecution because they believe in Jesus;

–       today 300 million people - 1 Christian out of 7 among Catholics, Protestants, Orthodox - live in a country where religious persecution is in force;

–       in 38 countries today there are serious or extreme forms of violations of religious freedom (21 are classified as places of persecution and 17 as places of discrimination);

–       61% of the world's population lives in countries where there is no respect for religious freedom;

(Source: Aid to the Church in Need)

In 2018 even some Salesians in different countries personally experienced situations of discrimination or persecution for the simple fact of being disciples of Jesus.