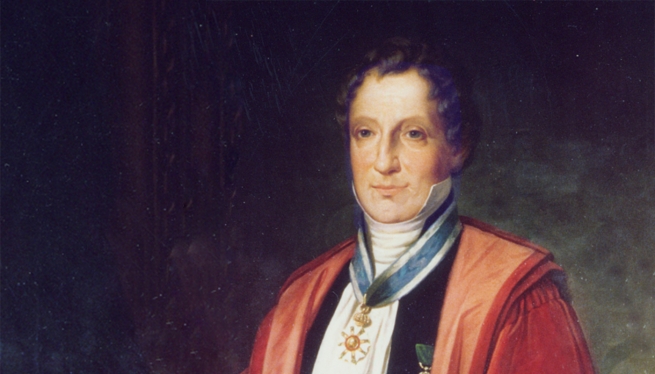 (ANS - Vatican City) - On 21 December 2018 Pope Francis authorized the Congregation for the Causes of Saints to promulgate the Decree of Venerability of the Marquis Tancredi Falletti di Barolo (1782-1838). The Salesian Postulation also contributed to the preparation of the Positio super virtutibus.

Carlo Tancredi Falletti and Giulia Colbert were a happy couple of the early nineteenth century. He was born in Turin on 26 October 1782 and from a young age was distinguished for intelligence, disposition to justice, attention to the needs of the times and strong tendency to promote and operate every good. She was born in the castle of Maulévrier, in the Vendee, on 26 June 1786, a woman endowed with exquisite femininity and genuine spirituality. Both inherited from their families not only the name, heritage and wealth, but above all a profound religiosity.

They met at the court of Napoleon and although different in temperament and character, they immediately found themselves in harmony with the profound values and ideals of life. They married in Paris on 18 August 1806. The affection between them became over time ever purer and stronger, because they were founded on faith and charity.

Not having had the gift of children, the two spouses read this painful event within the providential design of God's wisdom. And in admirable agreement they competed in becoming apostles of Christian charity, "adopting" the poor of Turin and carrying out innumerable socio-charitable works: hospitals, schools, artisan workshops, reception centers, kindergartens, all instruments for authentic human promotion and Christian growth.

Carlo Tancredi devoted himself especially to preventive education, to the schooling and formation of children and young people. For 22 years he held political positions revealing, as a decurion and mayor of Turin, a great capacity for government and an extraordinary balance in dealing with the most difficult and most distressing situations.

For the poor sons of the workers, in 1834 Carlo Tancredi and Giulia founded the Institute of the "Sisters of Sant'Anna", so that they continue in the Church this mission at the service of the new generations. During the cholera, which struck the city of Turin in 1835, the Marquis of Barolo dedicated themselves to rescuing the victims, later having repercussions on their health.

Carlo Tancredi died on 4 September 1838 in Chiari, in the arms of his bride. It is now hoped, therefore, that Carlo Tancredi and Giulia "together" should be proclaimed blessed and shine "paired" as a model of holiness for Christian spouses.