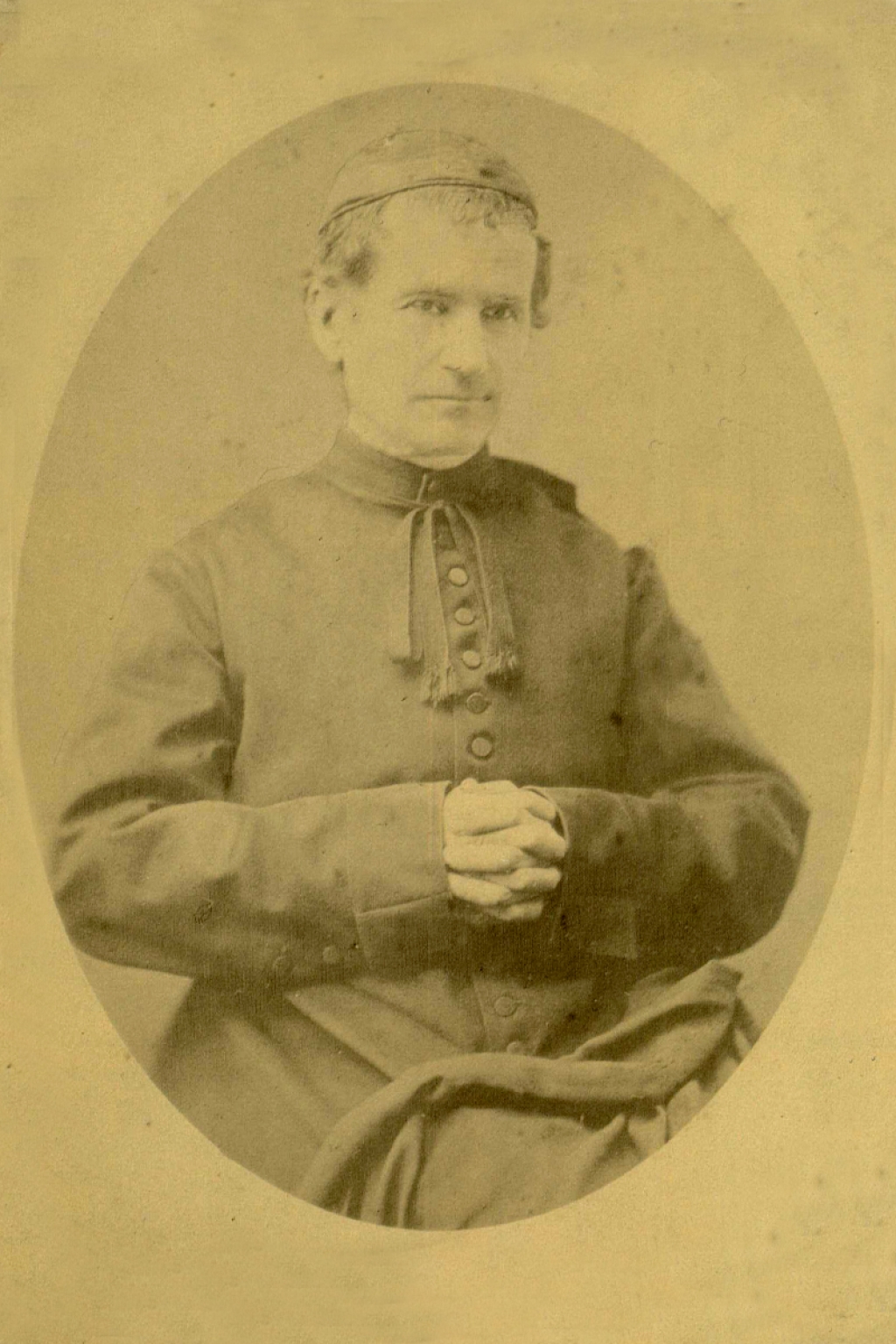 Turin, Italy - 1868 - The photograph we propose today is that of "Don Bosco with a suffering face". This photo was taken in Turin by Michele Rondoni (Fotografia Alfieri) in 1868 and was called the photograph of "Don Bosco with skullcap". The image shows a constructed pose, rigid in posture, with little vitality and spontaneity, contrary to what the Father and Teacher of Youth was. It seems that Don Bosco is absent, but in reality it is the photo of the "most afflicted and suffering face" of the Piedmontese saint, taken after an illness.