Italy - Opening of the Academic Year at UPS, with the Rector Major and the President of the Senate
Featured 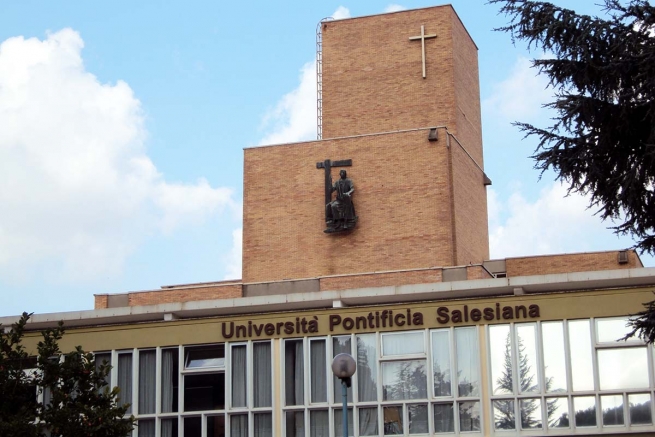 (ANS - Rome) - The inauguration of the 2016-2017 Academic Year of the Salesian Pontifical University will be on Wednesday 19 October. Fr Ángel Fernández Artime, Rector Major of the Salesians and Grand Chancellor of the UPS, and the President of the Chamber of the Senate, Senator Pietro Grasso will be present for the occasion.

The programme includes two important events that will take place in two different places: the first at 9.30 a.m. in the church of Santa Maria della Speranza, with a Eucharistic celebration presided over by Fr. Á.F. Artime. The second will be at 11.00 a.m. in the Paul VI Hall at the UPS with the Academic Act introduced by the report of the Rector, Fr Mauro Mantovani.

Immediately after Fr Mantovani President Grasso will give his speech with the title "Educating for legality and an active and responsible citizenship".

The second part of the Academic Act will be preceded by a musical interlude.  Medals will be conferred on retired teachers and prizes given to deserving students. Finally the Grand Chancellor will announce the opening of the academic year.

Included in the programme will be the conferring of the "Premio Mediterraneo 2016 - Special edition for Peace Education" on the Rector Major; and the 2016 "Bringer of Peace Award" on Fr Mantovani.  Both are awarded by the "Fondazione Mediterraneo."

At 8.00 p.m. on the evening of October 22 there will be a concert "Cantate Domino" performed by Cappella Musicale Pontificia "Sistina", conducted by Msgr. Massimo Palombella, SDB, to mark 50 years of Salesian presence in the Montesacro area of Rome.