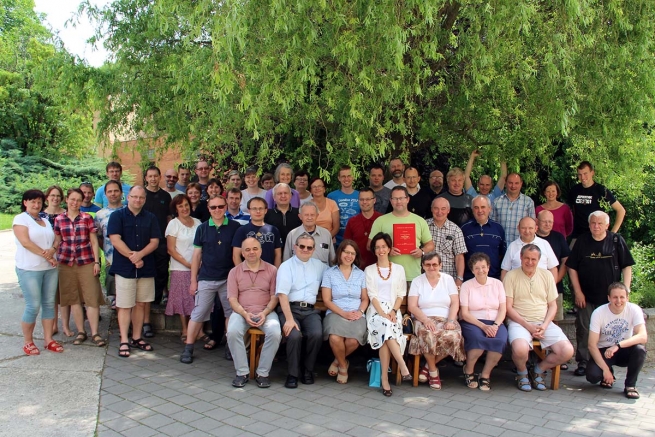 (ANS - Velehrad) - From 3 to 5 June 2018, a conference on Fr Ignác Stuchlý, the founder of the Salesian work in the Czech Republic, took place in Velehrad, at the Marian basilica, Moravia's spiritual center. Under the guidance of Fr Pierluigi Cameroni, Postulator General for the Causes of the Saints of the Salesian Family, and Dr Lodovica Maria Zanet, a Postulator collaborator, the Positio of the Servant of God, Fr Stuchlý, is currently in print in Rome and shall soon be delivered to the Vatican.

The Positio will then be studied, first by the historical Consultors, then by the theological Consultors, and finally by the Cardinals and Bishops of the Congregation for the Causes of Saints: these articulated stages of study and evaluation will allow the Supreme Pontiff, in case of positive outcome, to declare Fr Stuchlý "Venerable Servant of God". Then a miracle attributed to his intercession will be needed to open the way to beatification.

During the conference, Fr. Pierluigi Cameroni, Dr. Zanet and Fr Petr Zelinka, SDB, intervened, assisting the preparation of the Positio regarding the documentary sources of the historical-archival research. A Mass was celebrated by the Archbishop of Olomouc, Msgr. Jan Graubner, and concelebrated by the Superior of the Salesian Province of the Czech Republic, Fr Petr Vaculík.

At the end of the conference there were two other speakers, both Czech: a talk on the psychological and mental consequences of totalitarian regimes in the countries of Eastern Europe (Dr. Katerina Lachmanova), the other on the latest studies of the persecution of the Congregation Salesian in Czechoslovakia (Dr. Vojtech Vlcek).