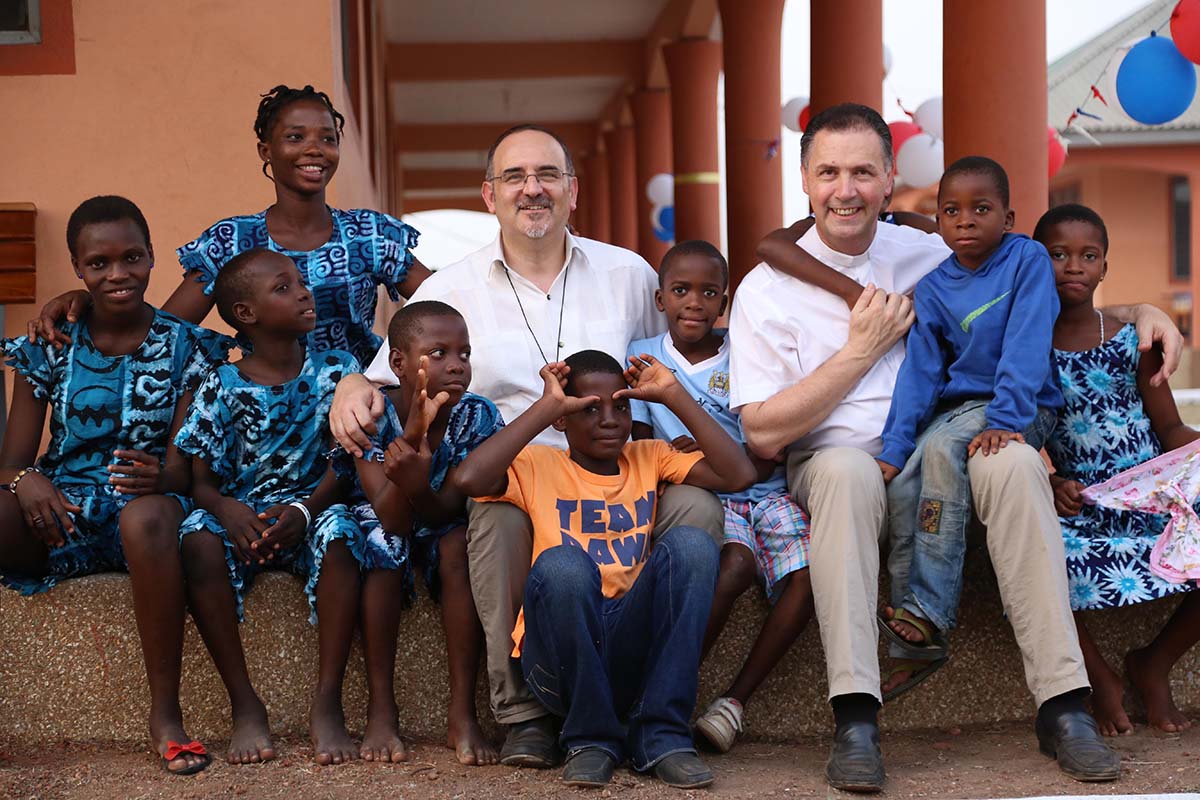 01 - Tema, Ghana – 6 February 2016. The Rector Major, Fr Ángel Fernández Artime, visited the Salesian centre for child victims of trafficking called "Child Protection Centre", near Ashaiman, not far from the capital, Accra. Since its inception in 2014, as many as 153 children and teenagers have been assisted.
02 - Gambella, Ethiopia - 10 February 2016. The Rector Major visited Gambella, a missionary community that has an oratory, a hostel and a large youth centre. There he met the Salesians and lay people who work at the centre and celebrated the Eucharist with them.
03 - Phnom Penh, Cambodia - February 2016. Fr Ángel Fernández Artime, Rector Major, arrived on Sunday 28 February in Phnom Penh, on his first visit to the country He was accompanied by his secretary, Fr Horacio López, and Fr Václav Klement, Councillor for the East Asia-Oceania Region.
04 - Vatican City, Vatican - 9 February 2016. Pope Francis met with 726 of the 1,142 Missionaries of Mercy who have been sent around the world as extraordinary confessors with faculties to absolve from sins reserved to the Apostolic See. (Photo courtesy of Osservatore Romano)
05 - Ciudad Juarez, Mexico - February 2016. On 17 February, Pope Francis concluded his apostolic visit of six days to Mexico at the border town of Ciudad Juárez.
06 - Podgorica, Montenegro - February 2016. On 21 February, Archbishop Zef Gashi SDB of Bar presided over the opening ceremony of the Holy Door in the church of the Sacred Heart of Jesus, the only Catholic parish in the Montenegrin capital. It was entrusted to the care of the Salesians of Slovenia in 1966.
07 - Baku, Azerbaijan - February 2016. From 29 January to 1 February, Fr Tadeusz Rozmus, Councillor for Central and Northern Europe, paid a visit to the Salesian mission in Baku, Azerbaijan The mission belongs to the Slovakian Province.
08 - Aguadilla, Puerto Rico - February 2016. A group called Missionaries of Don Bosco of the parish of St Joseph the Worker in Aguadilla organized the Don Bosco Olympics for children with Down syndrome.
Tweet